I never thought I’d see you on stage, my little one. Even though mummy and daddy regularly sing and perform, it was never something you wanted to do.

I know that you are shy and you worry about making a mistake. You might love being the centre of attention at home and putting on shows for us, but I understand that it’s very different when you have to perform to a crowd.

Even from being toddler, you’ve refused to be on stage. 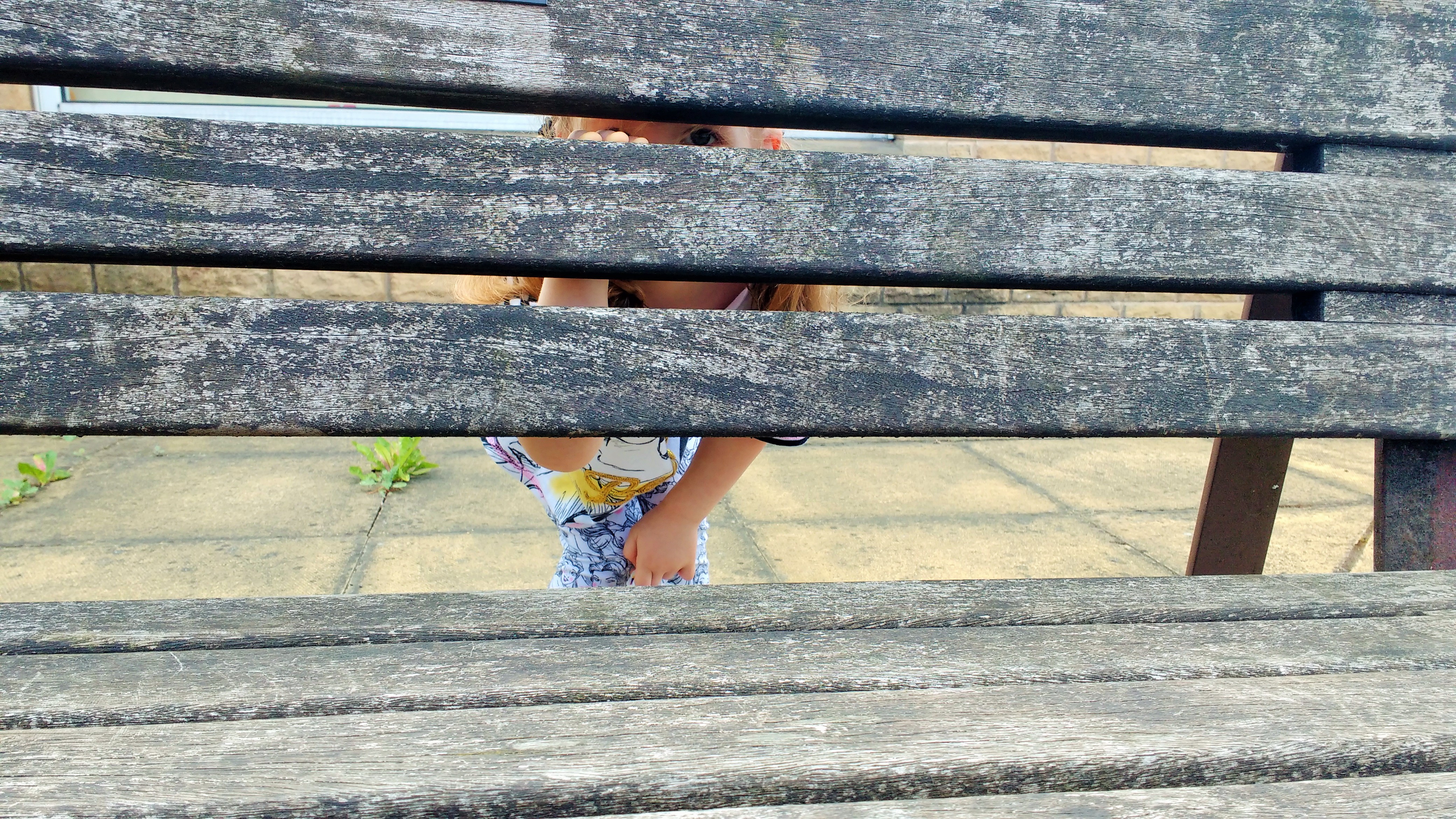 Three short months ago, you came home from school in tears. That’s not like you.

I tried desperately to understand what you were telling me. As the sobs shook your tiny frame, I felt my heart squeezing. What has happened, little one? I don’t understand. Let me help you.

Eventually I pieced the fragments together – dance lessons. As your voice quivered, you managed to blurt out that your class had been with a dance teacher and that you would have to dance on stage soon.

But little one, you love to dance, I tried to say. But even as I heard myself speak, I knew – the dancing was not the problem, it was being in front of everyone else.

All evening you were not yourself. You cuddled so close to me at the dinner table that I could hardly eat my food. You were insecure, anxious. You kept looking up at me, searching my face for reassurance.

Three times in the night, you awoke with nightmares – again, not like you at all.

As we walked to school the next morning, you clung to my hand. There was no laughing and chasing with your friends. I had agreed to speak to your teacher about it… but you still reminded me… repeatedly… all the way to school… just to make sure.

A quick word with the teacher and all was fixed – there was no compulsion to take part in the performance. With one final encouraging smile, I pushed you into the classroom, and the world was back to normal. 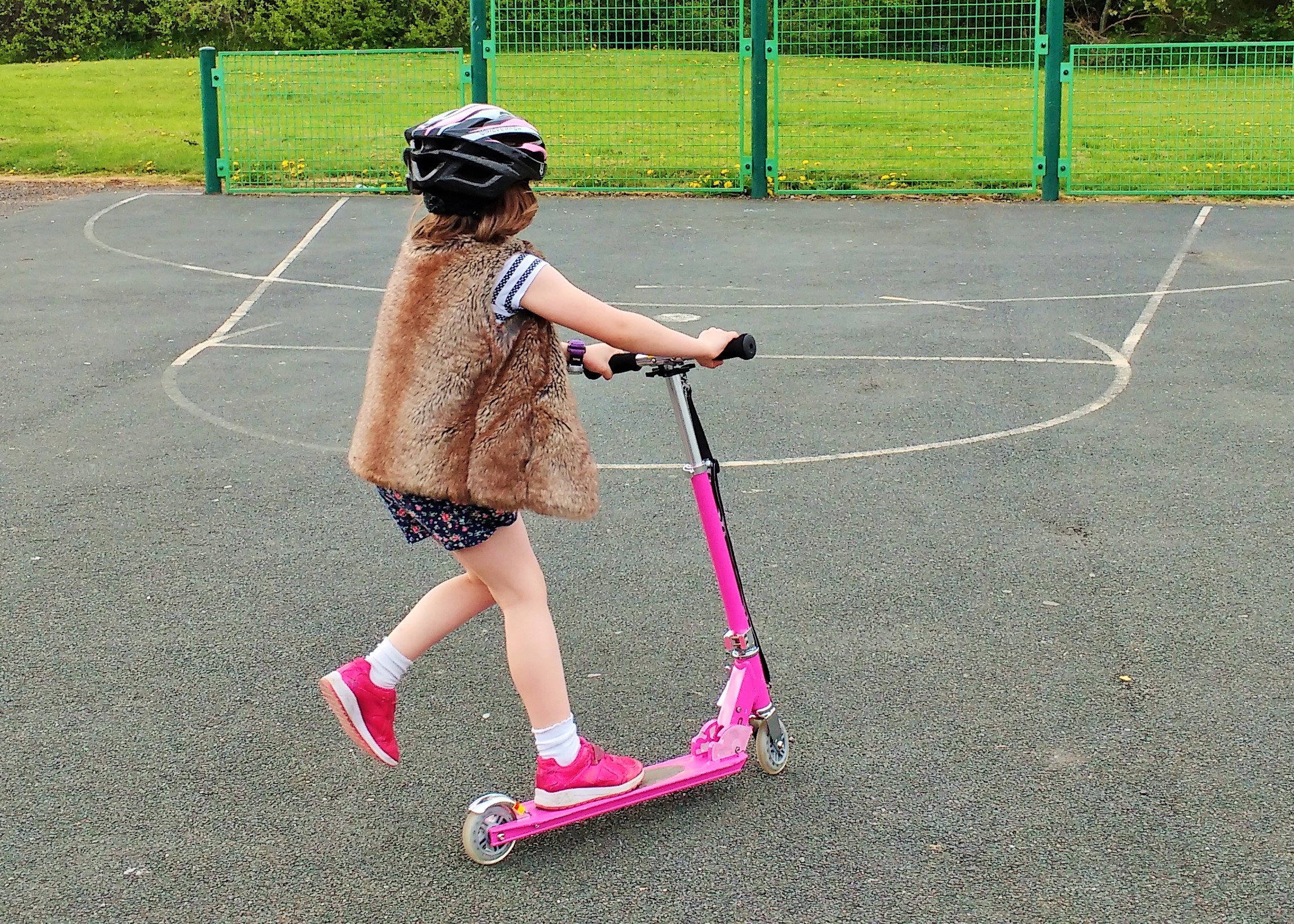 So imagine my surprise when you merrily skipped out of class on friday and told me that you had signed yourself up for the school talent contest!

I hastily choked down the words that tried to leap from my mouth – But you hate going on stage! – and instead, nodded excitedly.

You worked so hard learning the lyrics to your chosen song and making your own junk model guitar. My eyes filled with tears as I saw you crouched over your creation, sticking and gluing in an effort to make it “just right”.

I thought my heart would burst with pride.

The morning of the competition, I saw you bristling with confidence. I hope I win, mummy. Do you think I’ll win?

And I hoped with all my might that you would. 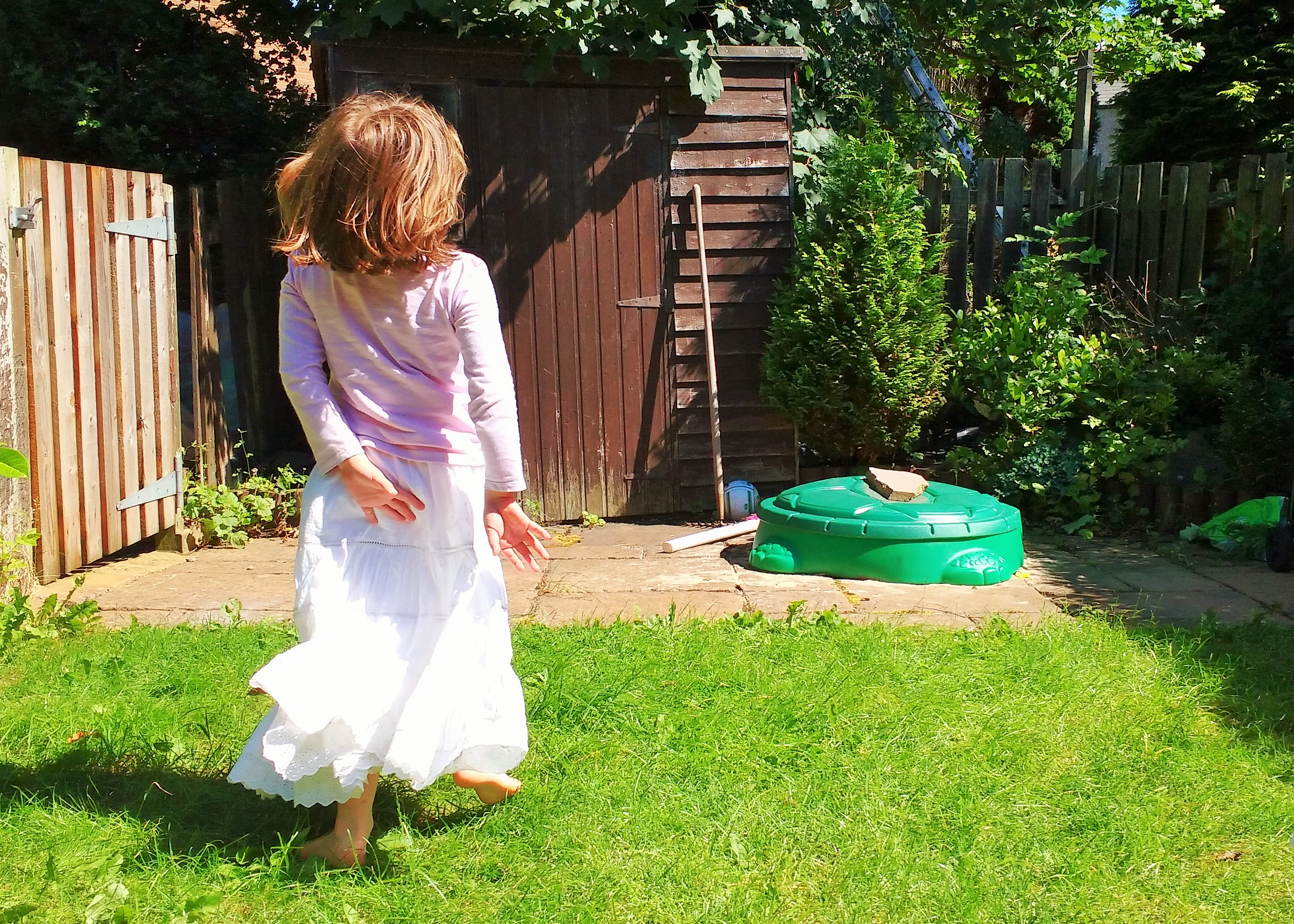 All day, I thought of you. I wondered how it had gone. Had you managed to do it? Had the nerves gotten the better of you? Did you freeze mid-song? Did you wow them all?

When I picked you up, you didn’t mention it. I tried desperately not to mention it too, but I couldn’t bear it so I casually dropped it into conversation and willed my voice to sound relaxed and even.

The votes had not been counted yet. We would be emailed later on…

I held you tightly as the tears flowed once more. I stroked your hair as you buried your head deep against my chest.

I tried to explain that there could only be one winner, that there were lots of other children that didn’t win too. I told you that I was proud of you; you had worked hard and that was the important thing.

I knew how much this meant to you and what a huge hurdle you had overcome by simply signing up. I was frustrated –Do the teachers even know my child? Don’t they realise what a big deal this is to her?

Of course, I’m sure there are lots of other children who worked really hard too. There were children who performed carefully-rehearsed piano solos and beautifully-choreographed dances. Yours was a little haphazard.

But I know no-one could have wanted it as much as you.

So, for the second time in a week, dinner was a sombre affair.

How will we ever recover from this? I silently wondered. She’ll never get back up on stage again.

But life is not always happy endings – sometimes we have to deal with failure. It is part of growing up.

I could not be prouder of you. You overcame one of your greatest fears, and you did it all by yourself. I don’t care that you didn’t win – you achieved so much just by putting your name into the hat. 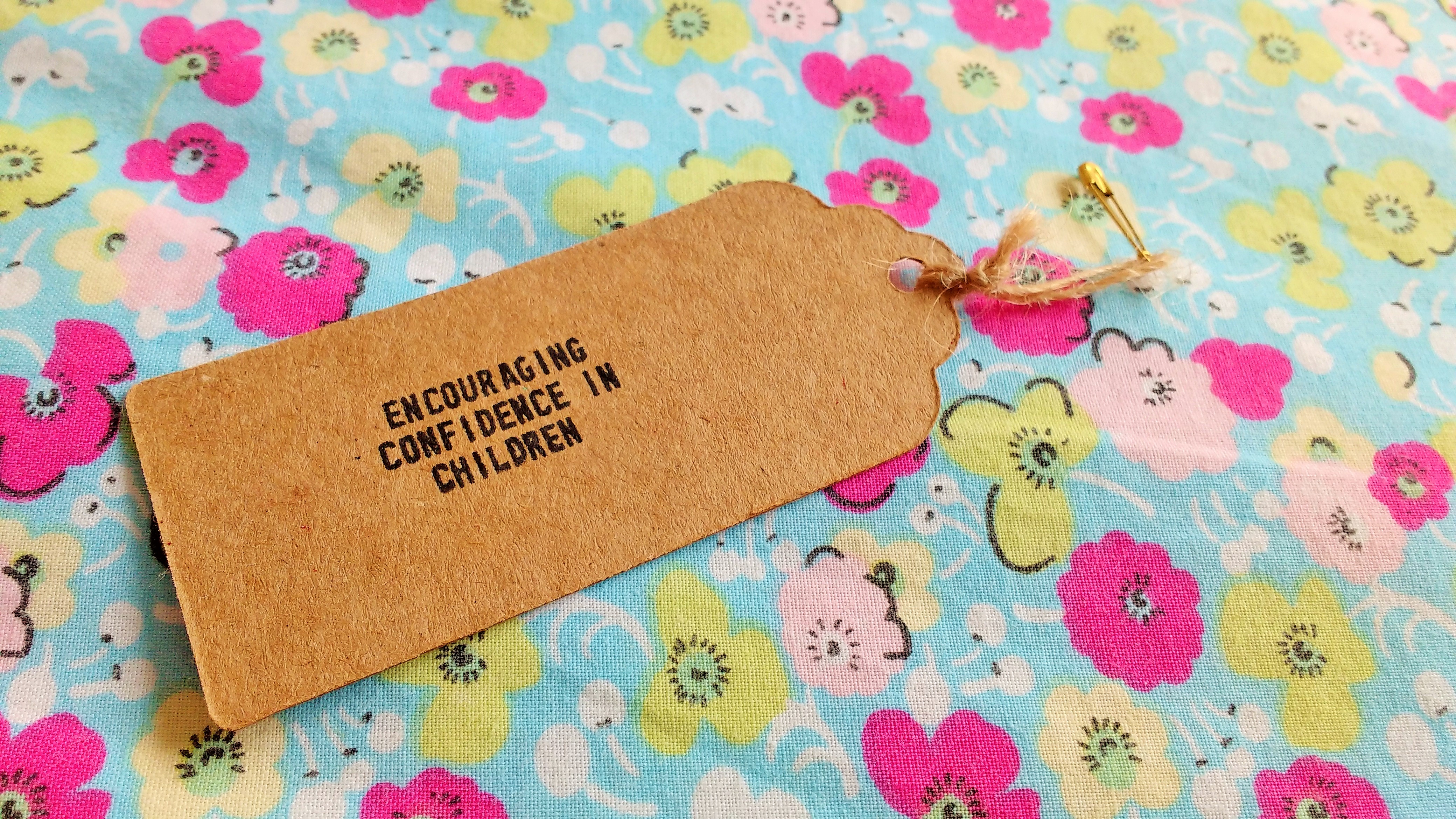 If you decide you never want to go on stage again, I will be fine with that. You gave it a shot.

Or maybe you’ve gotten the bug now and you’ll be itching to get back up there again. That’s fine too.

This week, you showed such bravery. I never thought I’d see you on stage… but today I did! 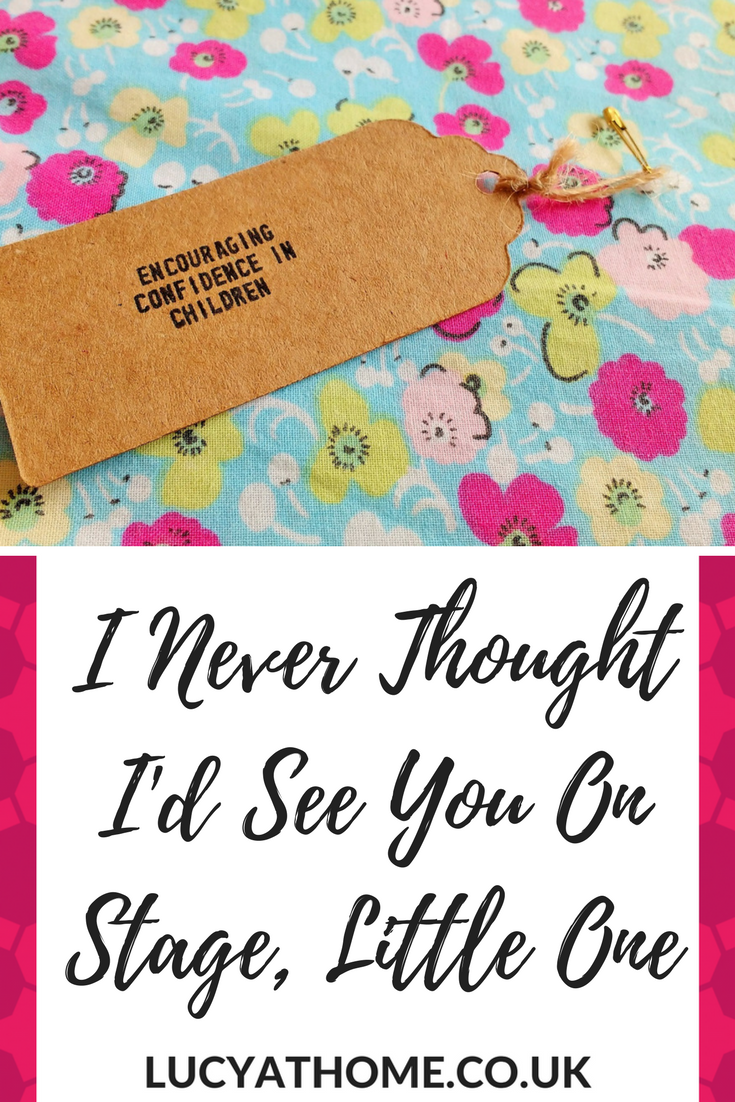 If you’ve got your own fearless superstar, this PRETTY FEARLESS tee could be just the thing! Check out our new Lucy At Home t-shirt shop. 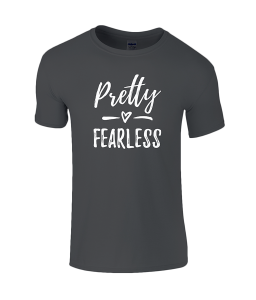