I love to praise my kids and I believe that encouraging positive behaviour with positive attention is one of the kindest ways to parent.

However, gentle parenting guru, Sarah Hockwell-Smith, has this to say on the matter:

“No behaviour [should be] rewarded… Most praise is seen as shallow and unnecessary.”

– Sarah Hockwell-Smith, How is gentle parenting different to mainstream?

She argues that rewards and praise only create superficial change rather than encouraging children to change their attitude and thinking. And she says that once the reward is gone, the child will revert back to their original behaviour (or worse) because the lack of treats means it’s not worth them behaving anymore.

But does that mean that all rewards and praise should be avoided? Well, no. Not in my opinion.

So let’s have a look at how rewards and praise work, and how we can use them effectively as parents. 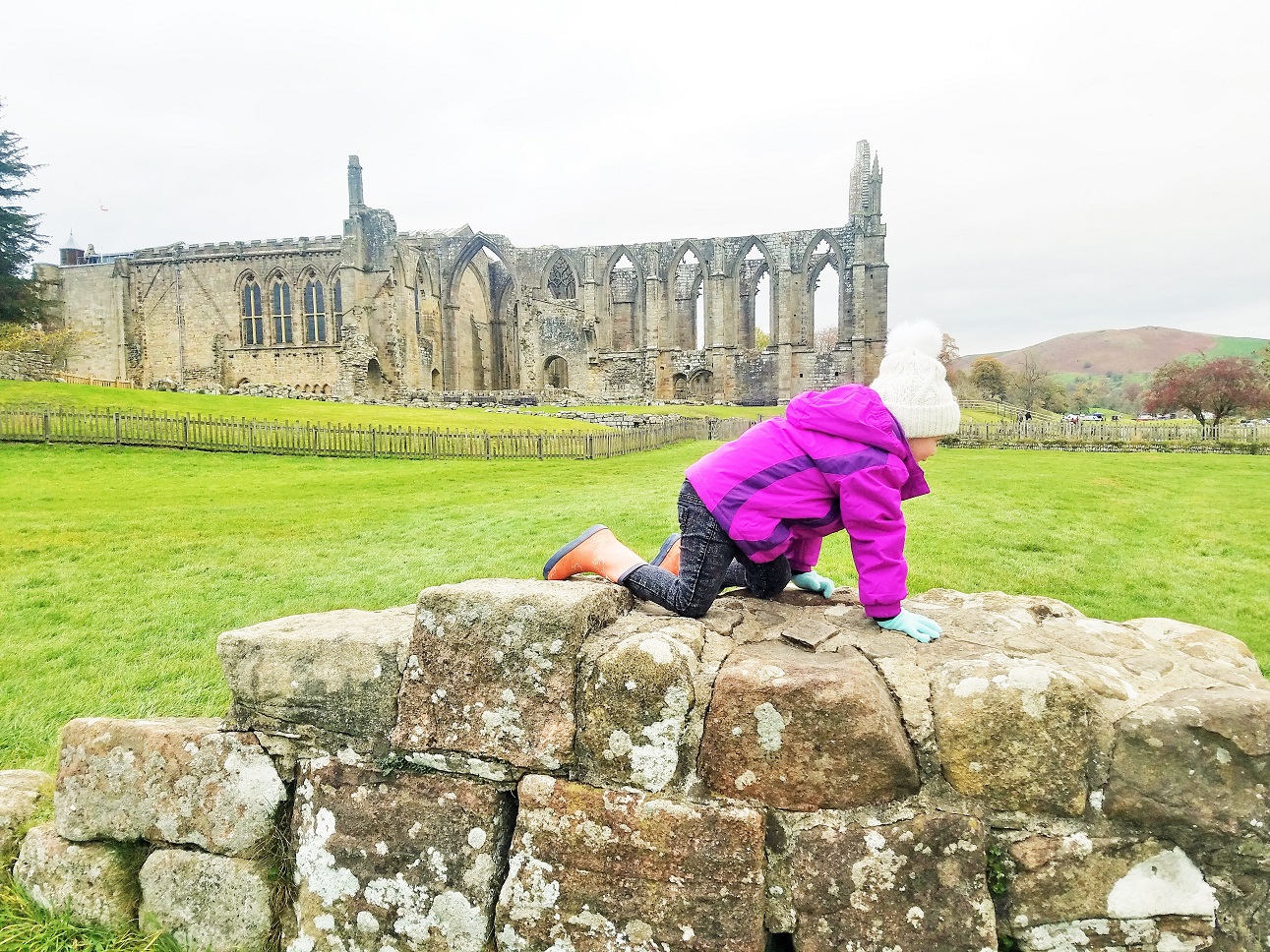 How do rewards and praise aid learning?

Rewards can be any form of positive consequence. Here is a very basic example:

If the ice cream had no flavour (so there was no reward), you probably wouldn’t bother eating any more of it. But the positive experience encourages you to repeat the behaviour.

So as parents, if we want a child to repeat a certain behaviour, we need to make that behaviour a positive experience for them. For example, we might give a high five when they wash their hands, or buy them a treat when they’ve won a school certificate. 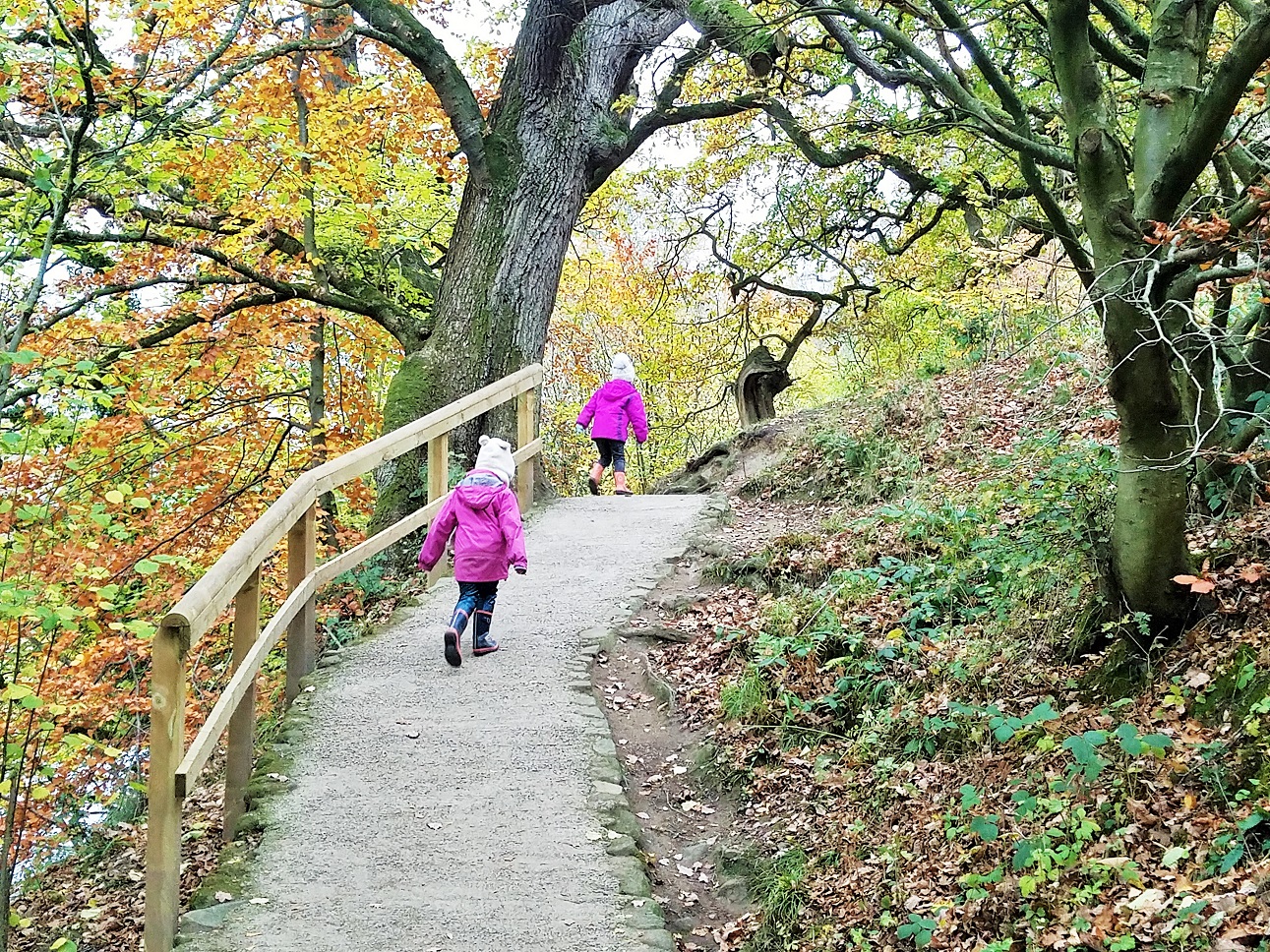 But Sarah Hockwell-Smith is right – psychologist B.F. Skinner found that when rewards are given automatically (i.e. every single time), the behaviour is dropped quickly once the rewards stop.

HOWEVER, he also found that if rewards were sometimes given and sometimes not on a random basis, the learned behaviour would continue for much longer, even after the rewards were no longer given.

Think of it this way – you might not catch something every time you go fishing, but the fact that there’s a chance of reward encourages you to keep going. And at some point you realise that you like going fishing whether you catch anything or not – just the act of going has become the reward.

Similarly, a blogger might have a few posts that fall under the radar, but then they produce one which people really love and relate to. That positive response is the reward and it encourages them to keep going.

This is how behaviour is learnt and habits are formed. 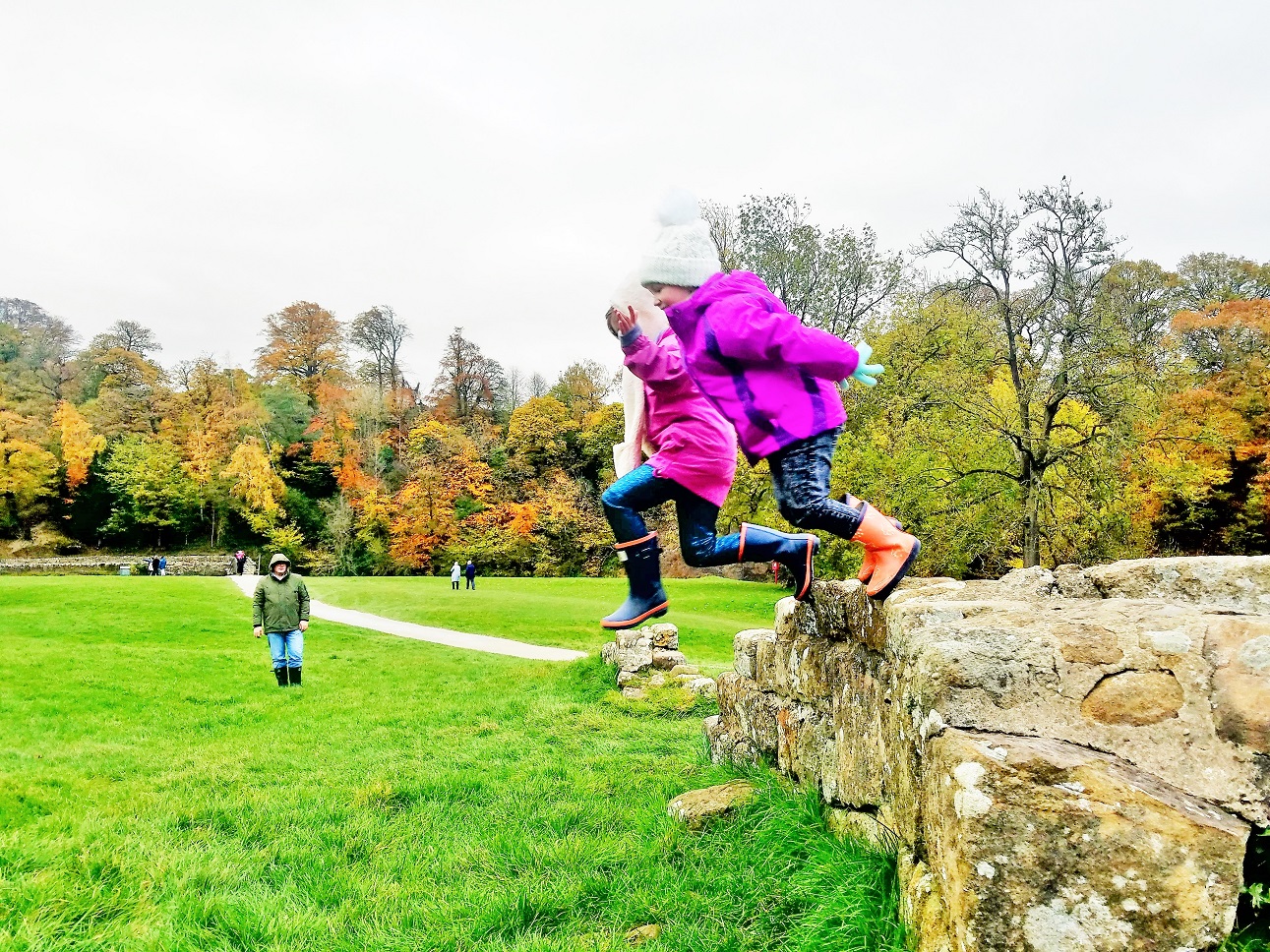 How to use rewards and praise effectively

So armed with this knowledge of human behaviour, how can we make sure we’re using rewards and praise effectively? Well here are 7 tips to help you on your way.

Remember, rewards don’t need to be big, they just need to be positive. You don’t need to take your child out for a slap-up meal every time – just a little comment of praise or making a fuss of their achievement can be enough. Positive attention from someone we love is a precious reward.

But of course any compliments must be given sincerely. Kids know when we’re just trying to fob them off or are being half-hearted. Being given rewards and praise as a matter of course is not actually very rewarding – thoughtful, tailored rewards are much more valuable.

I’ve spoken before about not being manipulative. It could be argued that holding a child to ransom over a reward is a bit manipulative because you are bribing them. For example, “If you behave at the shops today, I’ll give you some spending money.” – You are controlling them by threatening to take away the money that’s on offer.

But if you react to a situation (rather than pre-empt it), it is much kinder. So don’t let your child know that there’s a reward on offer. If they behave well, you can say, “You’ve behaved so well on this trip – here’s some spending money.” And if they behave badly, they don’t need to know that they lost out on a treat. 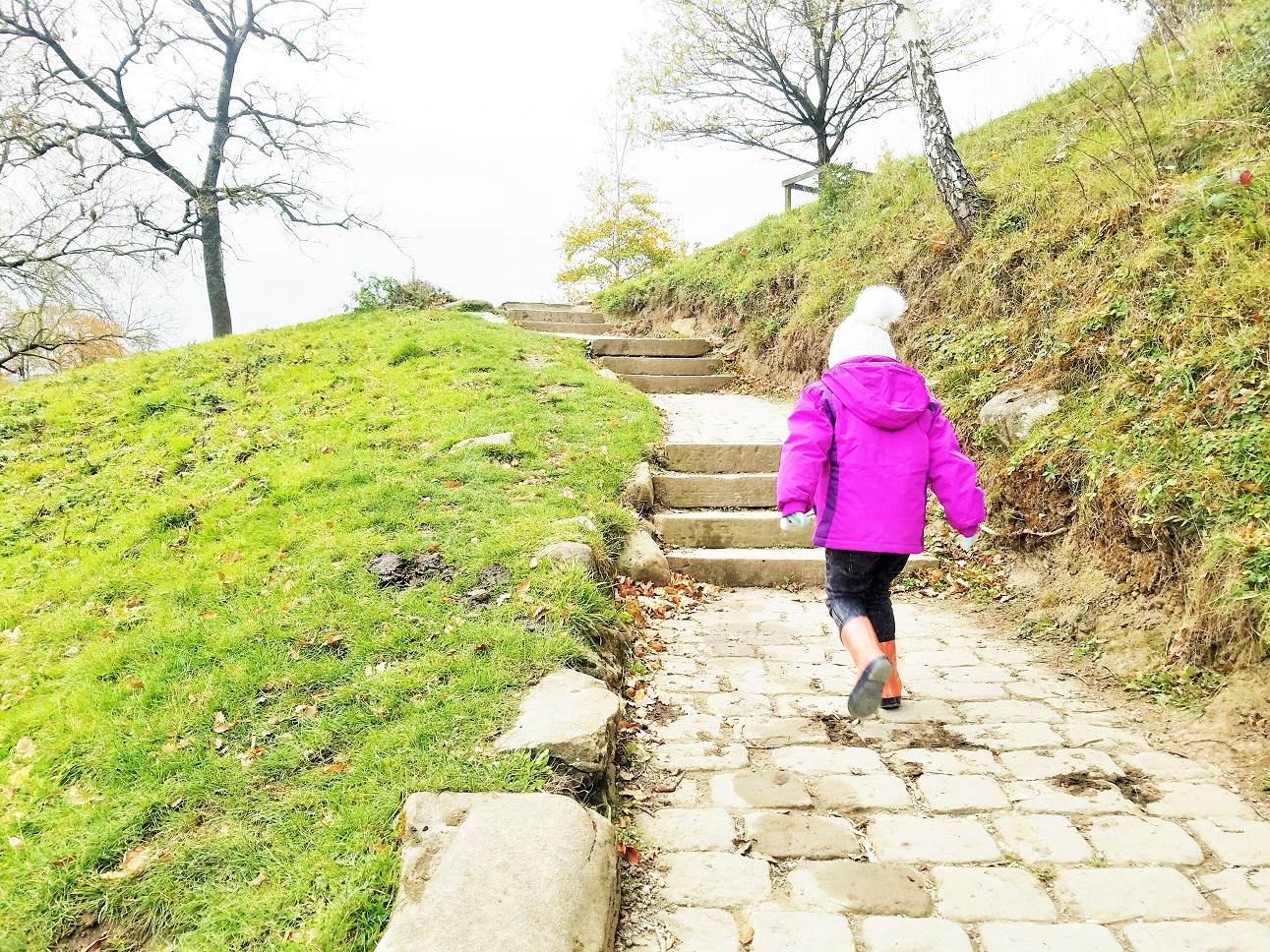 Let your rewards be spontaneous – so rather than always treating them when they’re well-behaved at the shops, try to mix it up a little. Maybe you could reward them because they set the table, or did their homework straight away, or looked after a friend who was upset.

Try not to get stuck in one formula.

Each new situation you reward encourages them to repeat that again in the future on the off-chance that they are rewarded again. And it creates a happy atmosphere where you, as the parent, are constantly looking out for reasons to praise your child and build them up.

Try to make your praise and rewards specific to the situation, so that the child knows what they’ve done right. So instead of saying, “well done,” try saying, “what beautiful manners” or “I can see you’ve worked really hard on that”.

You know your child, and you know what is achievable for them. Maybe expecting them to be well-behaved for a full 2 hour shopping trip is too much to ask. Don’t be afraid to start small – if they managed one shop without kicking off, tell them how proud you are!

This will encourage them to behave like that again in the next shop.

And once they’ve mastered that, set your expectations a little higher so that they continue to grow and develop.

Attitudes as well as behaviours

It’s worth pointing out that we don’t have to just think about praising outcomes. Rewards and praise can be used to encourage hard work, kindness, honesty, etc.

Praising attitudes digs down below the surface and helps children develop their moral core. This in turn develops into self-motivation and self-reward (“I feel proud of myself because I worked hard on that”). 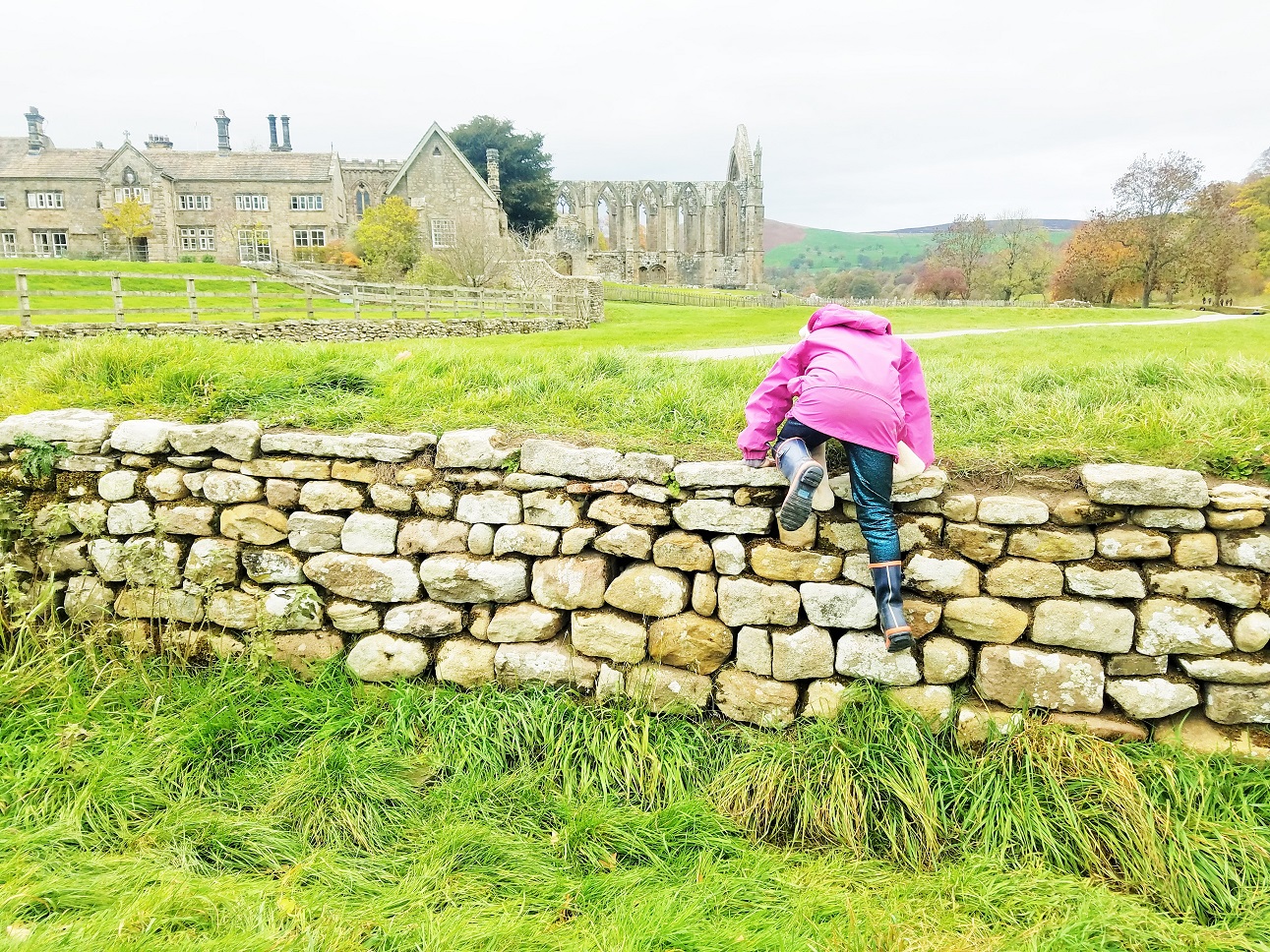 I’d love to know what you think about this – do you use rewards in your house? What points do you agree/disagree with in this post? What do you think about Sarah Hockwell-Smith’s theory that rewarding behaviour means you’re stuck rewarding it forever? Throw your two-penneth in by scrolling down and leaving a comment. 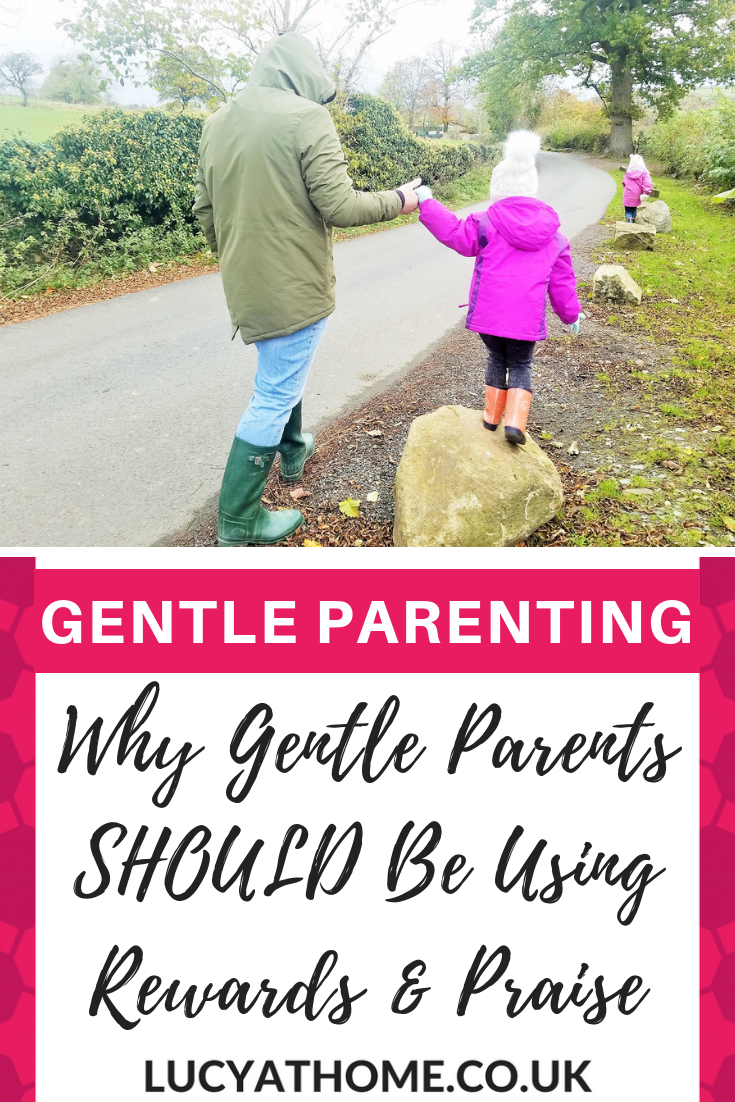