Discipline is sometimes seen as a dirty word – I think we all remember being disciplined as children. Perhaps we resented it at the time or recognise in hindsight that we were treated unfairly.

But when I talk about discipline, I don’t mean being yelled at. I don’t mean smacking or being sent to your room. I don’t even mean punishments.

Because the word “discipline” actually comes from the word for “disciple”. Knowing this gives me a different perspective on discipline – I’m now thinking about developing them, nurturing them, guiding them. 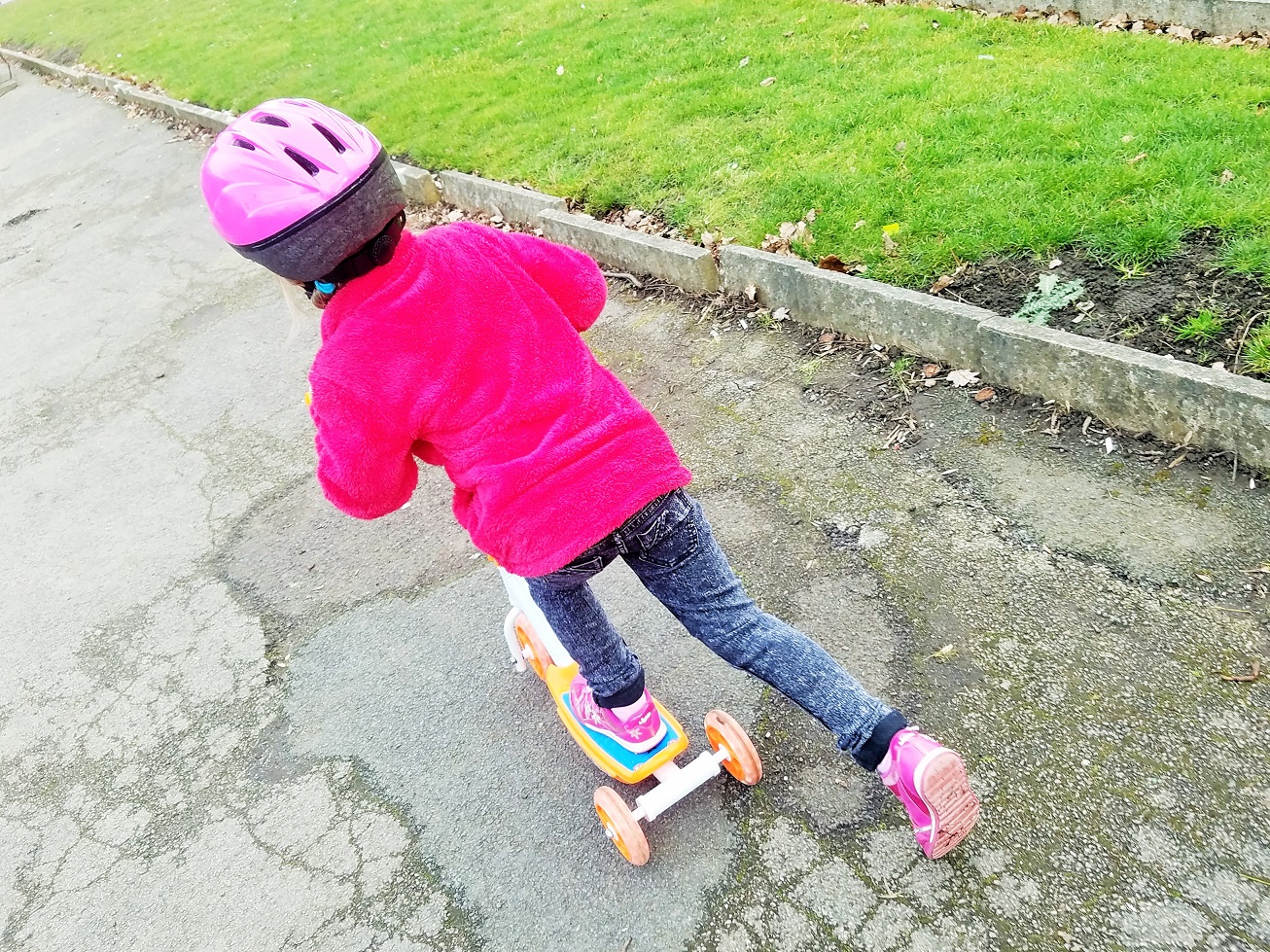 Children come to us blank. They don’t know what is right and wrong. They don’t realise that playing with the plug socket is dangerous, or that biting someone hurts.

Some people imply that babies and toddlers manipulate us, but I don’t buy into any of that. Research shows that they actually don’t have the mental capactity to manipulate – they just act on impulse. If they want something, they try and get it. There is no master plan or thought about anyone else’s actions and feelings.

But of course we know there are some things that are not good for our kids to have.

As parents , it’s our job to gently teach our children what they can and can’t do. It’s our job to make them aware of social etiquette, to see where danger could be lurking, and to guide them to make wise choices.

And as gentle parents, there are two (slightly contradictory) ideas that we need to balance:

These two concepts need to work hand-in-hand for discipline to be effective. So before we have a look at how to discipline, let’s look at these two contrasting thoughts. 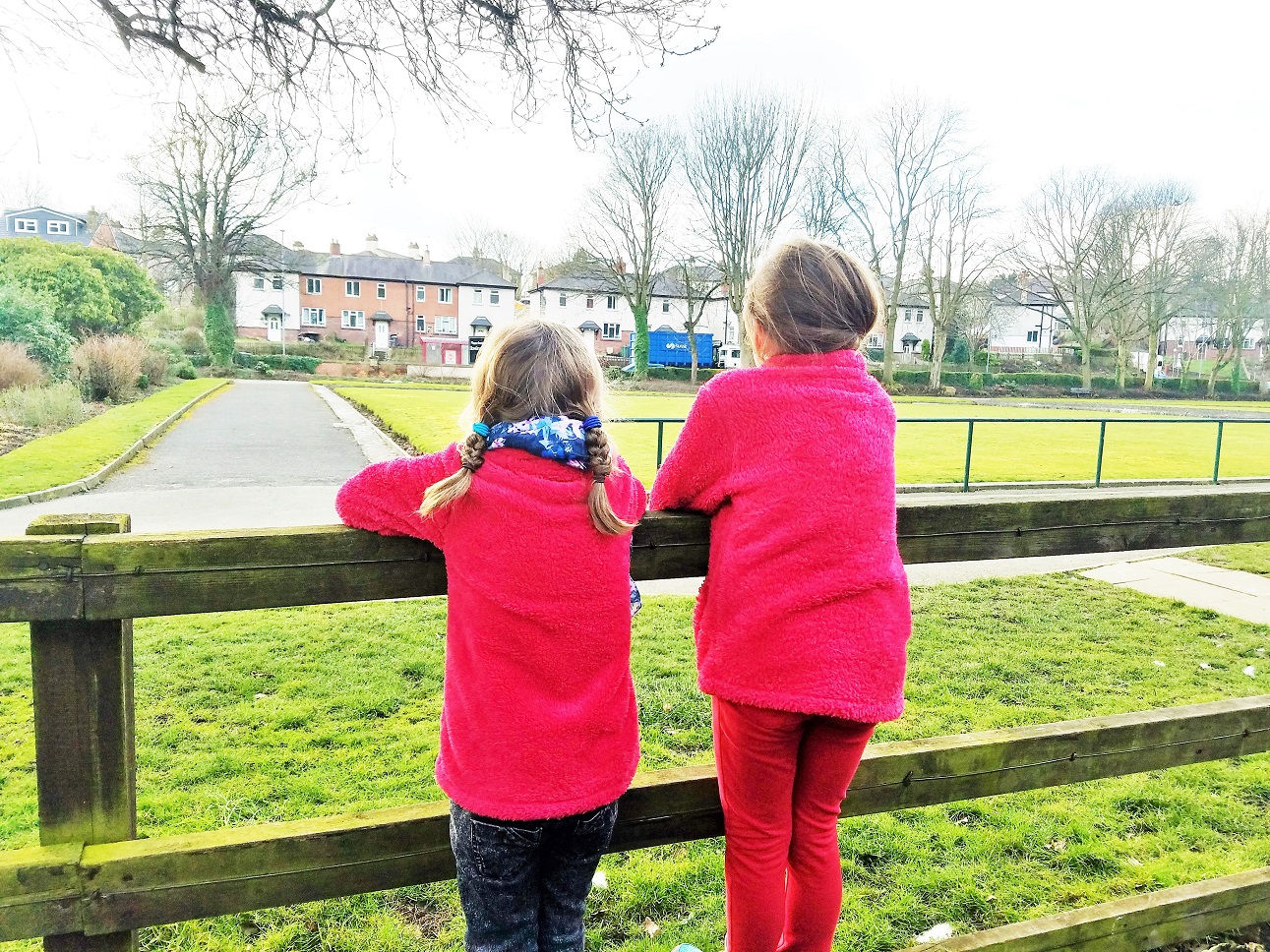 A few years back, Action For Children published a brilliant free resource for parents called What To Expect, When (FYI the document downloads automatically if you click this link via a mobile). This document breaks down child development into categories (e.g. communication, physical ability, understanding of the world), and tells you what sort of things to be looking out for at each stage (0-5yrs).

Of course every child is different. But if, for example, you felt frustrated that your 2 year old was ignoring her friends on a play date, it would be comforting to know that it is normal behaviour for this age group – most 2 year olds play NEXT TO their friends rather than WITH them.

It’s important to know what is age-appropriate so that you’re not expecting too much (or too little) from your child. By researching how children develop emotionally, socially, physically, etc, we can be more empathetic parents. And empathetic parents are better equipped to support and develop their children.

For example, if your child snatches toys or says something unkind, you might feel yourself starting to get angry. BUT, knowing that most 2 year olds don’t have the capacity to imagine how their actions could upset someone else will help you to react in a gentler, calmer, more constructive way.

Your child is not being naughty – they are behaving in a normal and expected way for their age.

As far as she was concerned, someone had the toy she wanted so the obvious reaction was to reach over and take it back. There was no malicious intent. She didn’t even consider the feelings of the other child.

Naughtiness is purposefully doing something wrong. Whereas we often punish children for being “naughty” when they are actually just acting in an age-appropriate, developmentally understandable way.

And we’re not just talking about little kids here. Teenagers are still developing cognitively and emotionally. For example, you might feel annoyed that your teen won’t get up in a morning – this is actually not laziness, but because their melatonin (sleepy hormone) activates at a different time compared to everyone else. Their late nights and long lie-ins are biological rather than lazy, which gives a new perspective on it and helps you to deal with it in a gentler way.

So get yourself clued up on the stages of development (and if you can’t find anything concrete online, ask your mum friends what their kids are up to as a guideline!). 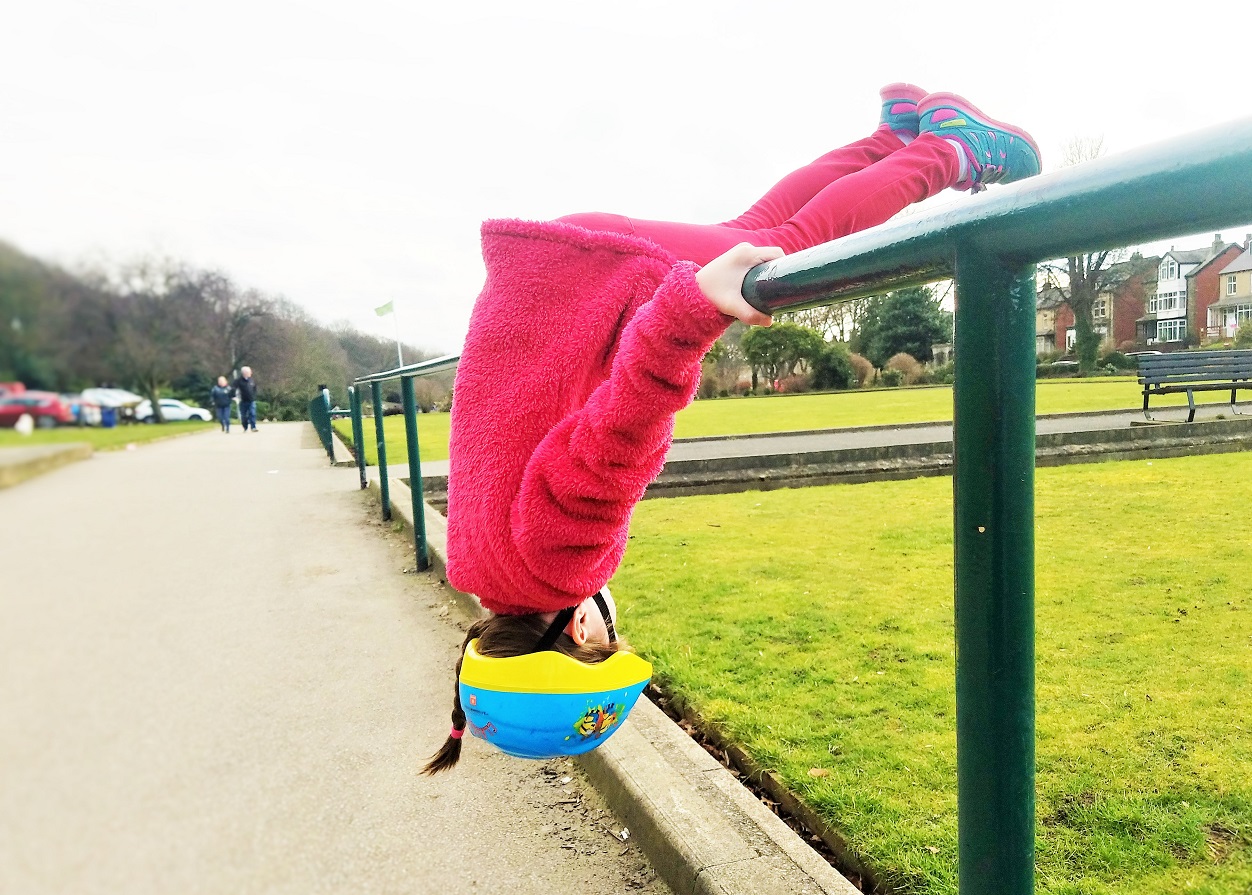 But having just told you not to get cross when your kids act in age-appropriate ways, I’m now going to contradict myself and tell you that you need to correct that behaviour. (Stick with me – it’ll all make sense in a minute…!)

Because, as I mentioned at the beginning, children come to us blank. Yes we all have some form of inner conscience, but that sense of right and wrong needs refining.

Let me explain it like this: We don’t expect children to learn the names of animals by just giving them toy animals to play with. Instead, they need us to repeat the names over and over again. We read animal books to them, take them to farms, make animal noises, watch animals on the TV. It would be ridiculous to leave children to their own devices and expect them to develop this knowledge. They need it inputting.

In the same way, we can’t expect children to work out what is and isn’t acceptable by letting them do what they like. They need input from us – correction, guidance and boundaries.

So it’s not okay to shrug something off and say, “Ah never mind – he’s too young to understand anyway. He’s acting in an age-appropriate way so I don’t need to intervene.” Explain it to him anyway! Explain it in the simplest, most child-friendly way you can. And when it happens again, explain it again. And his knowledge will eventually expand to include this new piece of information.

Intervention is important because otherwise our children will never know that there is a better solution. We intervene to teach them those better solutions, to make life happier and easier for them in the long-run. 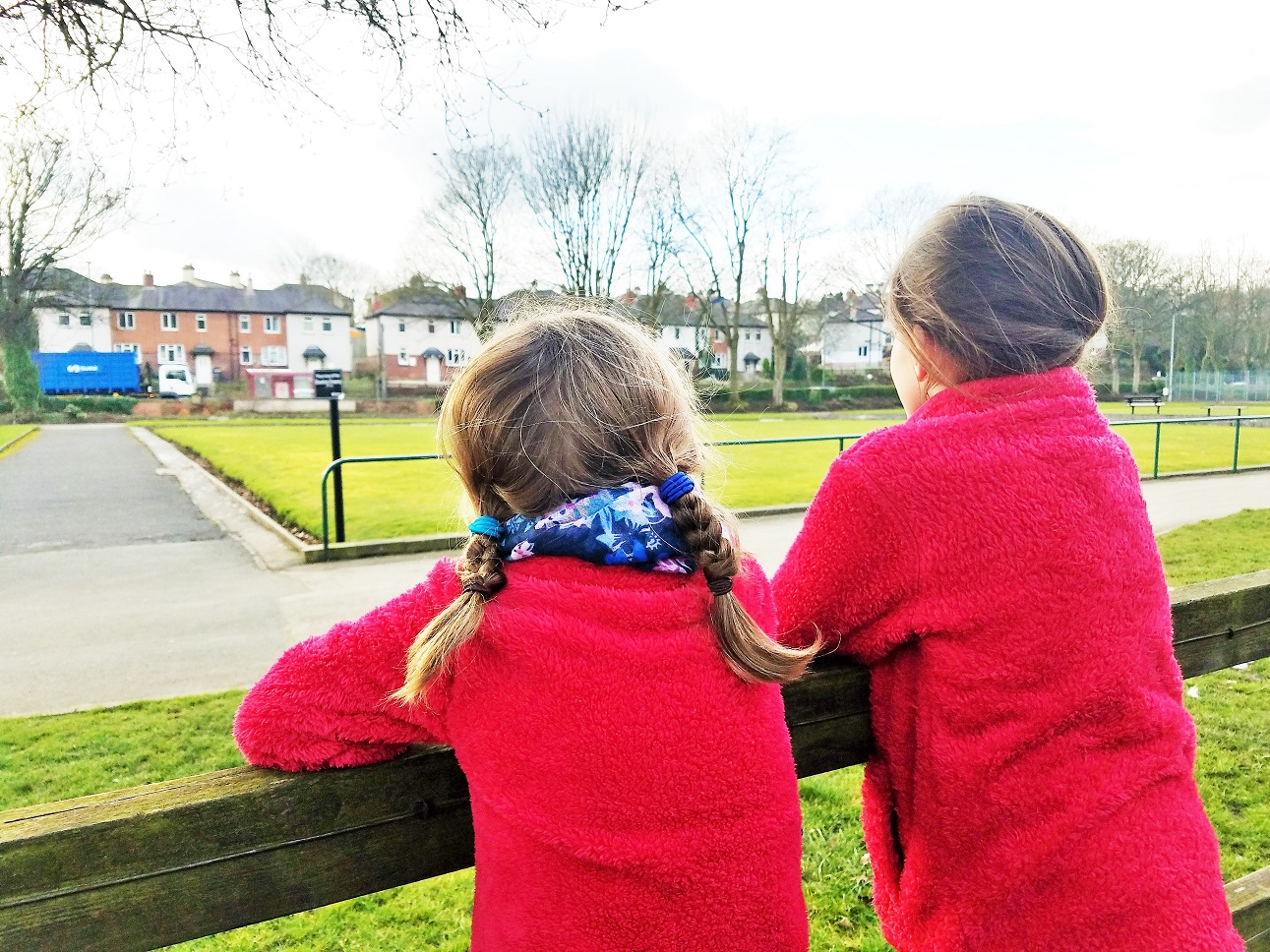 I like to use the term “respectful discipline”. At all times, discipline should be in the best interests of the child. We should never be trying to humiliate our kids or scare them into submission. Discipline should be carried out in a calm, respectful manner, and the goal is to develop rounded, wise humans (not to vent our own frustrations).

So with this in mind, respectful discipline is an intervention. You see your child doing something which is undesirable (snatching a toy or sleeping until noon) and you step in. You explain why it’s an unwise choice and offer an alternative.

Sometimes, we forget that last step, but giving a better solution to the problem is really important. That’s the input from us that they need.

A 2 year old might not be able to think of any other way of getting a toy they want, so you can demonstrate how to say, “Please can I play with this?”. Of course the next time they’re in this situation, they probably won’t remember, but simply demonstrate again and again (remember the repetition of animal names from earlier!).

Similarly, a teenager might want to sleep all day and be awake all night, but, obviously, that’s not a healthy lifestyle choice. Try making suggestions – maybe they could lie in until 10am instead? Again, they probably won’t like the suggestion straight away, but over time, they will learn that staying in bed all day actually makes them feel really groggy, and they will be ready to try out your alternative plan.

I guess the key is consistency:

You need to be proactive enough to intervene, and patient enough to repeat yourself. 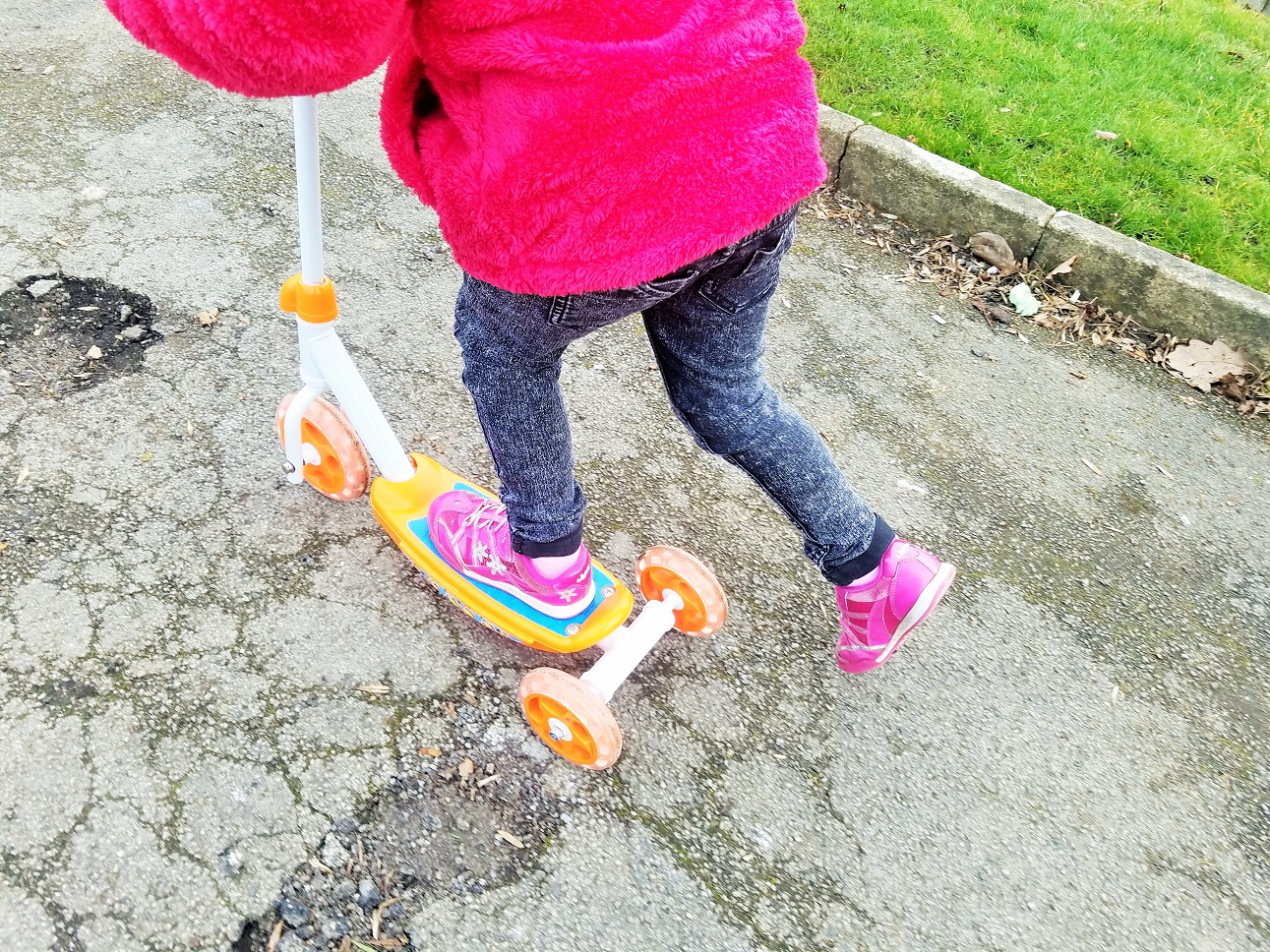 When we intervene, we need to make sure we’re doing it kindly and empathetically.

So we’re not bulldozing in and screaming at our toddler for not sharing. Instead, we take into account what is age-appropriate. We think about the kind of week our child has had (maybe they’re dealing with something under the surface that’s manifesting itself in difficult behaviour). We imagine how our child might be thinking and feeling rather than just seeing the “naughty” thing they did.

By disciplining from a place of empathy, we’re able to be fairer.

So instead of demanding our teenager be up at 7 a.m. every morning, we let them lie in until 10 a.m. on a weekend. And instead of confiscating our toddler’s snatched toy, we give them a second opportunity to ask for it nicely.

We’re trying to accommodate and support our kids, whilst guiding and disciplining them.

As well as using empathy, we also need to be firm with the boundaries we’ve put in place. So if you’ve told your child not to snatch and they keep doing it, you will need to intervene with some sort of consequence (check out this post on how to use consequences fairly, kindly, and effectivel). This reinforces what you are saying.

If you only ever intervene verbally, your child will quickly learn that they can carry on doing whatever they like.

But by carrying out a consequence such as taking the toy away (always pre-warned of course), you’re backing up your words with action. You’re demonstrating that you place a lot of importance on being kind to others, and that being unkind will not be tolerated. You’re showing that snatching will not get them what they want and they need to find a better way of dealing with the situation (like the alternative approach you offered).

They might not like the discipline at the time, but it is moulding them to function in society. They need to learn how to interact with others, negotiate and take others’ feelings into account. Prioritising healthy living is an important life-skill and making the most of the day is fulfilling. 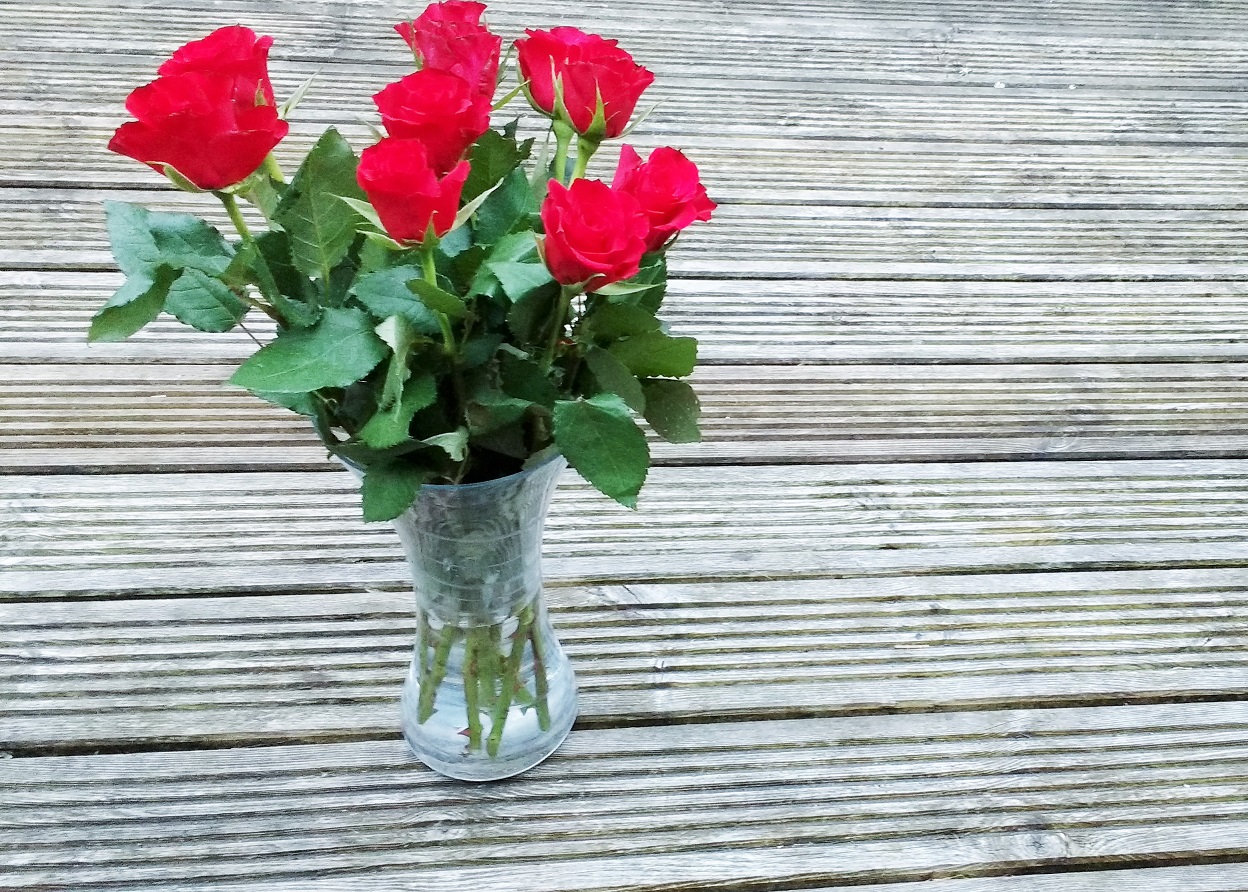 If this post has got you thinking, why not have a look through our other gentle parenting posts. Or even sign up for regular Lucy At Home emails to get the latest posts straight to your inbox! Just fill in the form here. 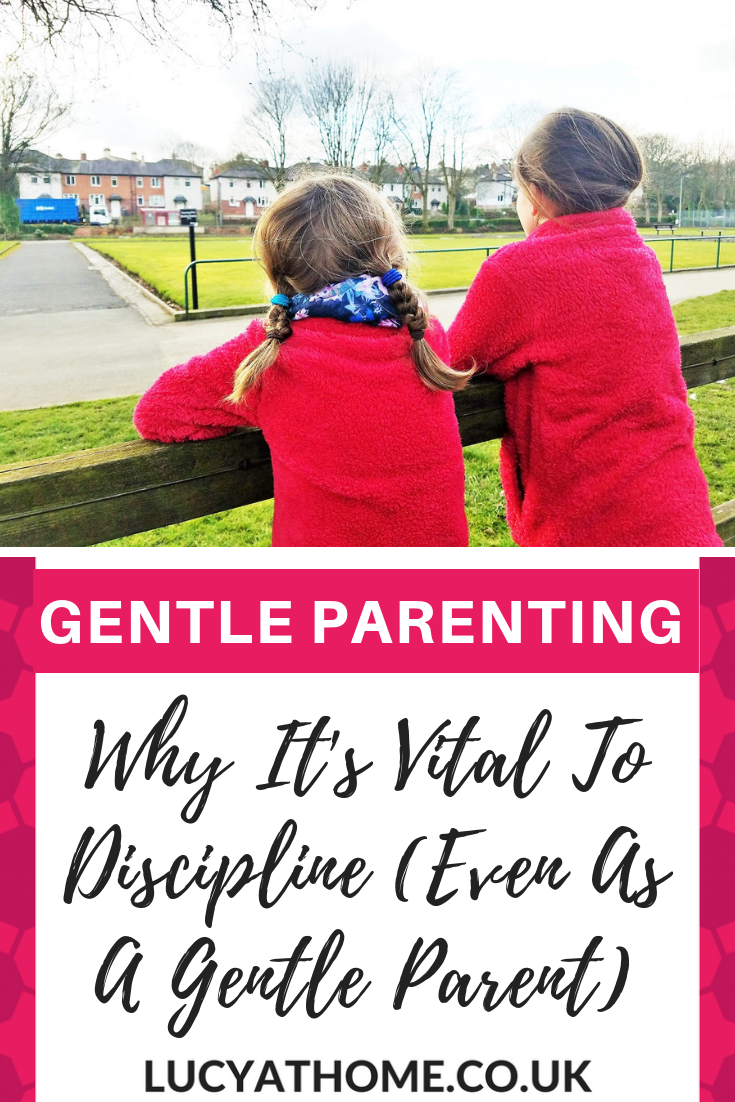 Why it’s vital to discipline even as a gentle parent – gentle parenting discipline is a difficult balance we must use a respectful discipline approach that is kind yet firm. So whether you’re trying to discipline toddlers or discipline kids or set boundaries for teenagers, this post will get you pointed in the right direction #respectfuldiscipline #gentleparenting