Regular readers will know that the power of words and the importance of using positive language are common themes in this blog. But today I want to tell you about why it’s important – what is the theory behind and and can it really make a difference?

I am not a psychologist or a lecturer but this idea has hugely impacted my life, and particularly my life as a parent. In fact, I’d say it’s a game-changer! I hope you find it helpful too 🙂

How the brain works

The brain is an amazing bit of kit! It can whisk us off to a white, sandy beach while we’re sat on the bus, or drop us off at our favourite music concert while we’re doing the supermarket shop. And a lot of our brain’s conscious work is communicated to us with pictures – memories, ideas, daydreams and designs all come to us as fleeting images, flickering across our minds’ eye. 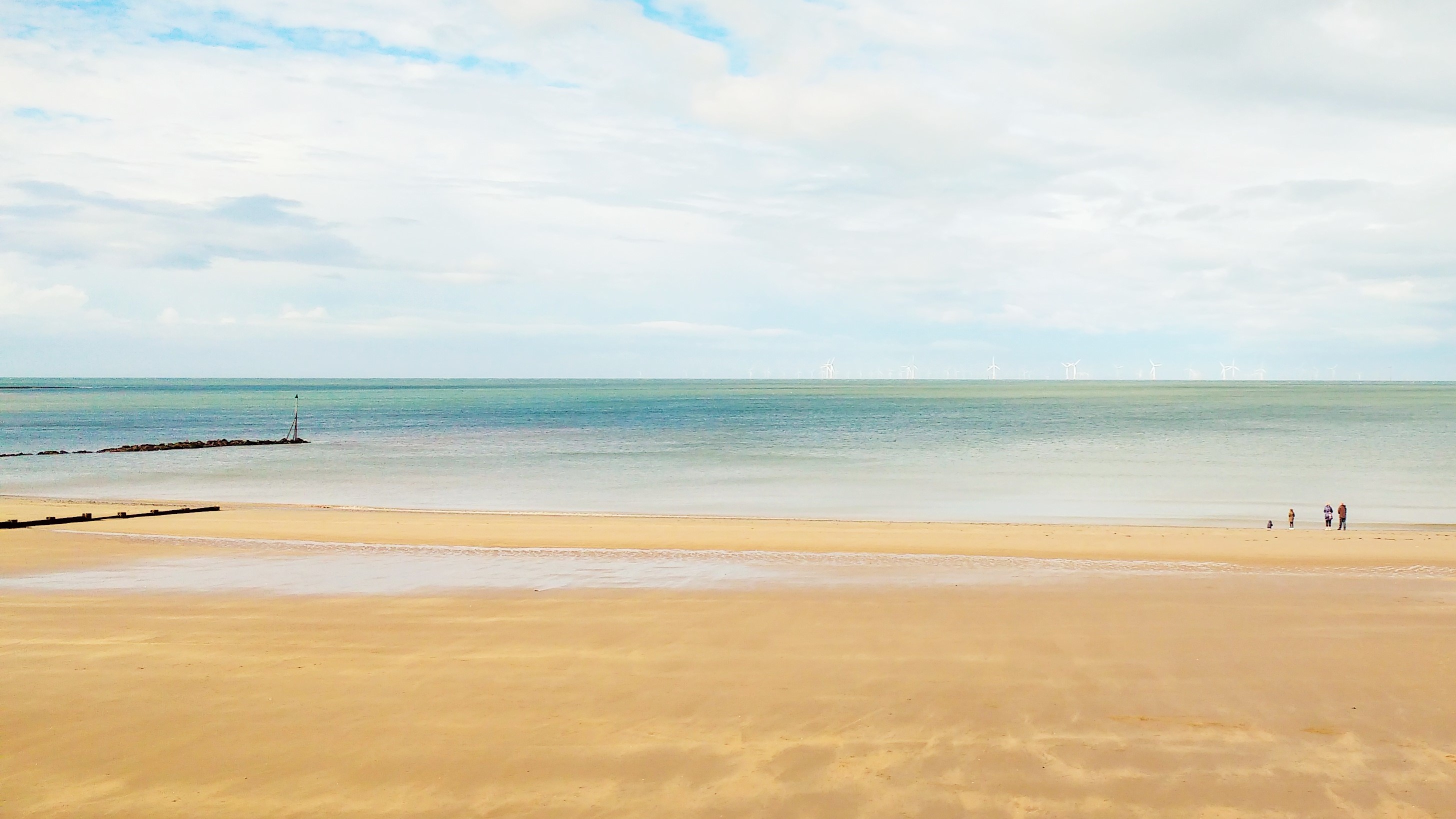 But have you ever noticed that there’s no picture for the word “don’t”?

If I say to you “Don’t look at your hands” – did your brain just send you a picture of you continuing to read this blog, or did it imagine you looking at your hands?

Yup – it imagined your hands, didn’t it!

Okay, now you’ve seen it in action, let’s try another one, and remember to look out for what picture your brain creates…

What was the image this time? Was it a picture of you continuing to sit where you are, or did you picture yourself slipping your arms into your coat?

That’s because there is no picture for the word “don’t”. Our brain just has to send a picture of us doing something with a note attached that says “you’re not allowed to do this”.

But the problem is, you’ve already pictured yourself doing that thing…

Point One: There is no picture for the word “don’t”

Next let’s have a super quick talk about the way the brain learns. My fellow blogger, Hayley from Mission: Mindfulness explains the idea of Neuroplasticity with this simple analogy:

Have you ever gone for a walk across a field where no one else appears to have trodden before?  You know this to be true because the grass is lush and springs back into place easily after you’ve walked on it.

And then you begin to tread that path everyday.  After a few days the grass stays flat when you walk on it.  Then it becomes a little patchy with brown, dusty sections coming through.  Then the grass has disappeared altogether and a footpath has emerged.  Others begin to use it and it broadens and becomes more apparent – easier to use. 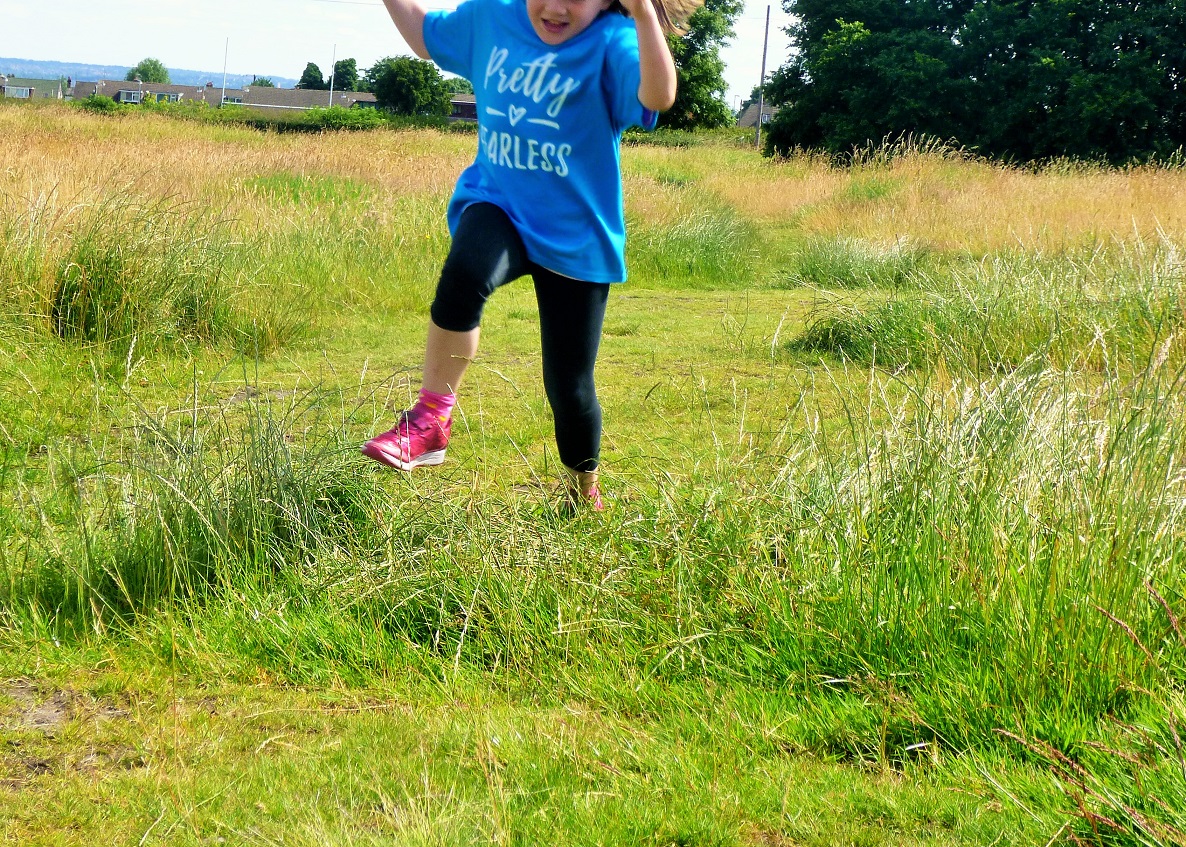 This is similar to how the brain works. When a thought (a memory, an idea, a feeling) occurs to you for the first time, it creates a pathway in the brain. If that thought (or pathway) is used regularly, it will become clearer and easier to access. Gradually more thoughts (pathways) will connect to it like side roads leading to a main street.

So your first thought about painting the living room blue gradually becomes easier to visualise, and your brain starts thinking of matching cushions and pictures, and when you see blue rooms elsewhere you imagine your own room being blue at home, etc

I hope you’re still with me because the important life-changing parenting bit is coming up in the next paragraph!

So we’ve learnt that the brain transmits pictures to us but there’s no word for don’t. We’ve also seen that the thought pathways we use a lot are easier to access. 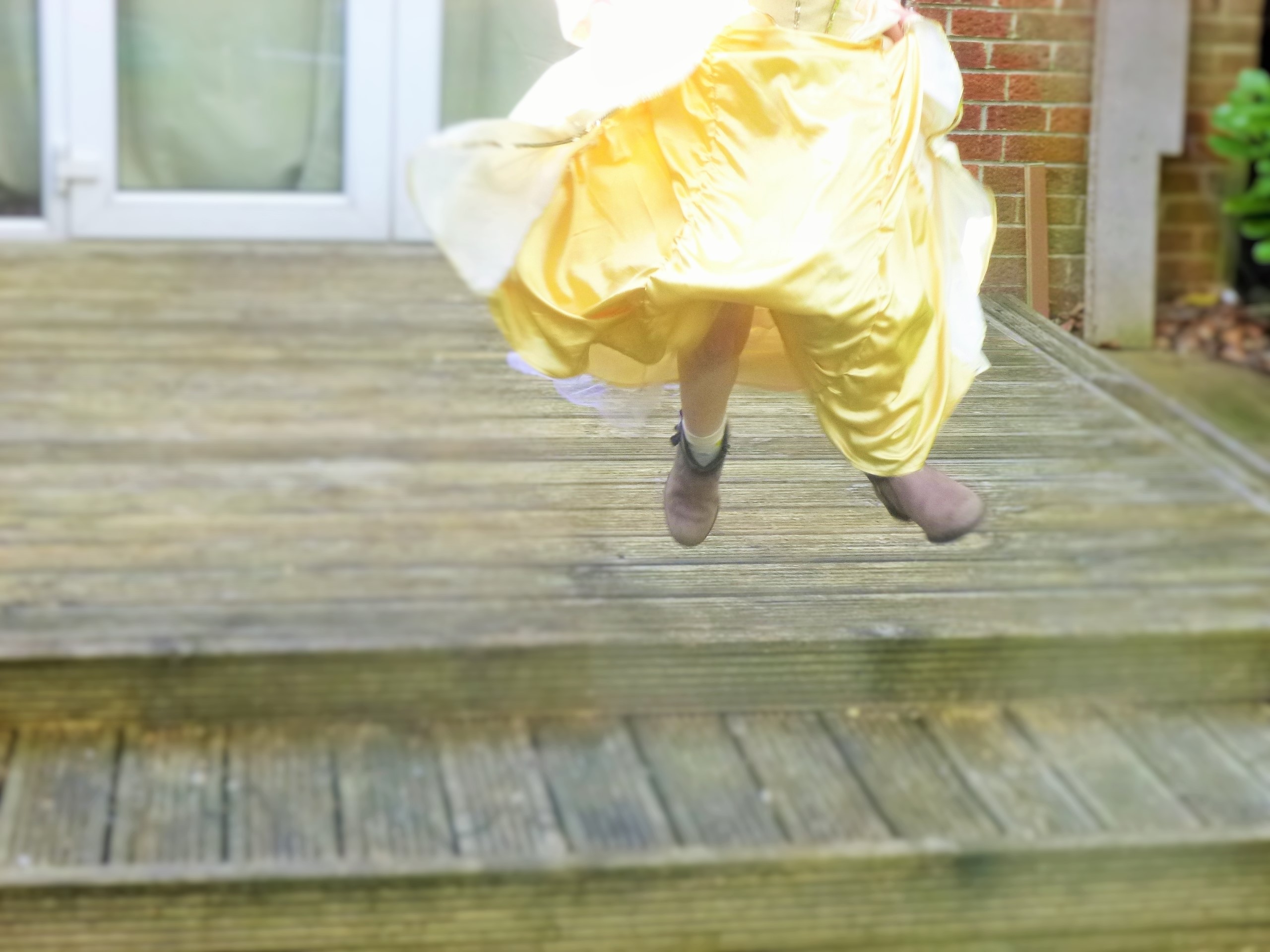 So instead of saying “Don’t jump on the sofa”, you say “The sofa is for sitting on”. Now the child is imagining sitting on the sofa – the power of positive language!

Examples of Positive Language in action

I’ve put together a little list of Positive Language examples to help you see idea more clearly. It takes a while to get into this way of thinking as your first thought is often to say “DON’T do xyz”, but it soon becomes second nature, and it really can make a massive difference.

I hope you found that helpful. I know it has made a huge difference to the behaviour in our house. But it’s also made for a happier environment because I’m not saying “don’t do that” all the time – using positive language feels kinder and more optimistic.

Is this an idea that you have come across before? Is it something you would consider trying? Do you think much about the power of words or is this a new idea? Let me know in the comments section below – I love your feedback. 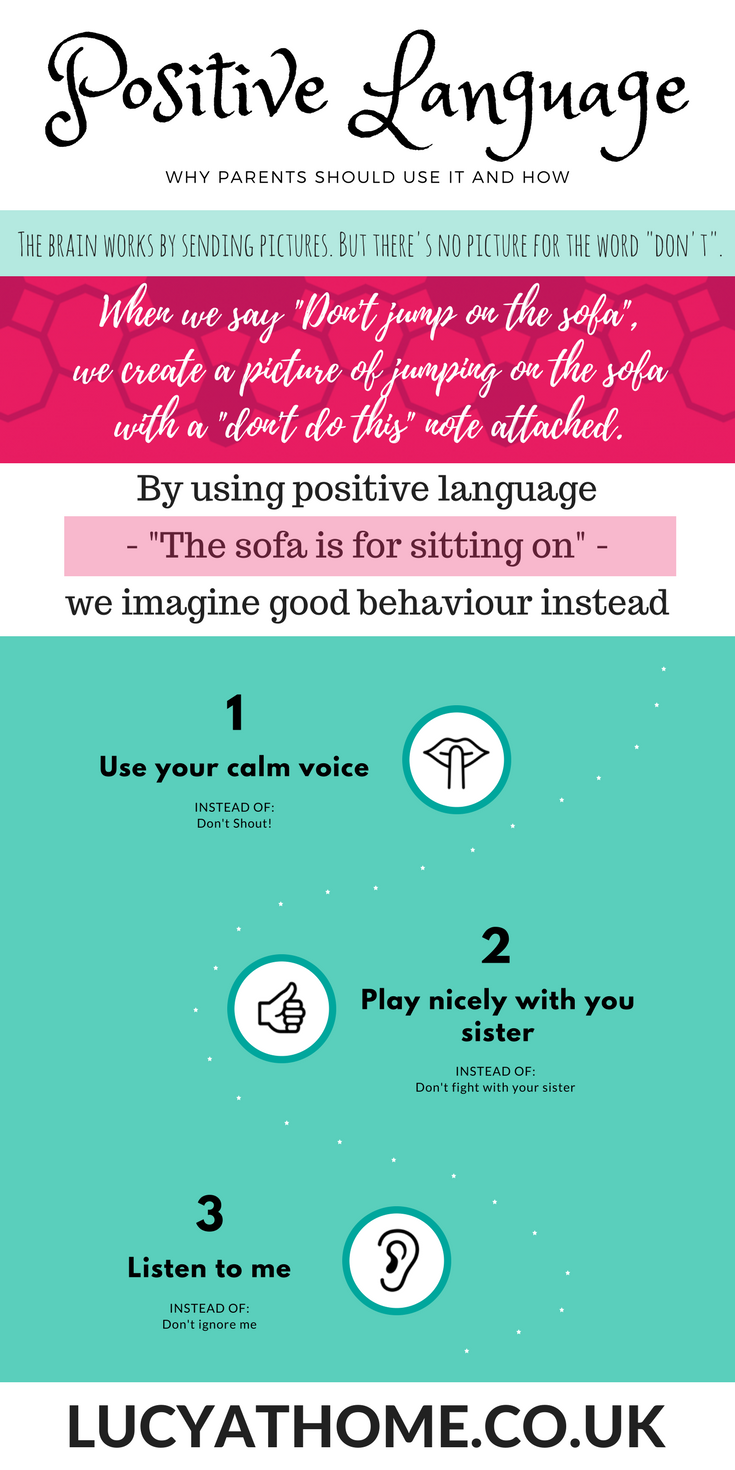