Twitter is really new to me; I only joined in April 2016. I was totally terrified a little apprehensive about using it at first but I persevered and started to find my rhythm. I was enjoying it…until roughly three minutes ago!

I’ve just used one of those apps that shows your following vs. your followers for the first time.

I expected a few of the companies to have followed and then unfollowed me. I was prepared for that. But what has shocked me is the number of people that I regularly tweet, favourite, retweet, etc, who aren’t following me.

I see now that I have been ridiculously foolish naïve.

I had been getting really excited about almost reaching 1000 followers (985 at time of writing) and I dared to think that people actually cared about what I had to say. Now my confidence has taken a big blow.

I guess deep down, I feel betrayed.

How can they be happy to chat about their summer holidays with me without following me back?! I’d feel terrible if I was talking with someone that I didn’t even follow!

Is this normal? Is this how Twitter works? Does common decency not apply in the internet world?

Am I not interesting enough for people to follow? 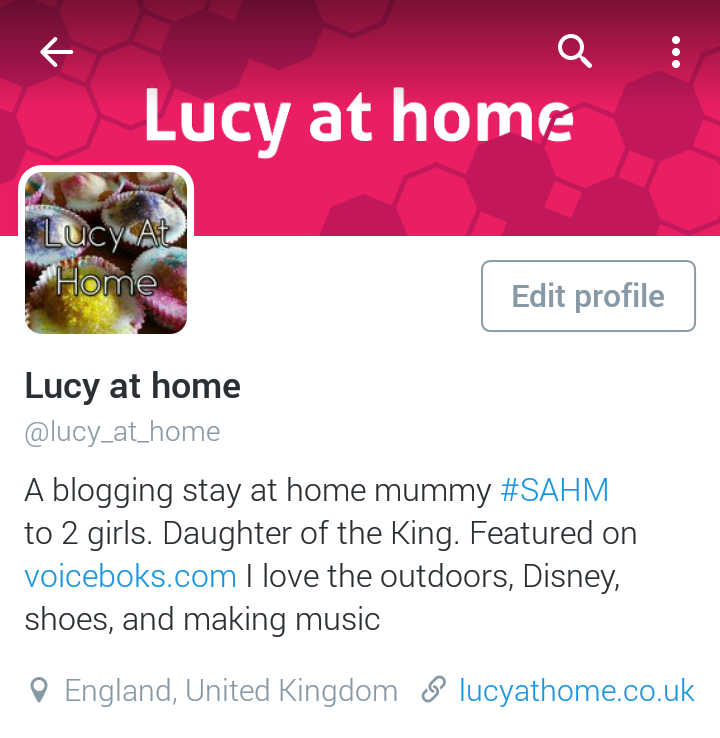 And when it comes down to it, you enjoy the interaction on Twitter, don’t you!

None of those ‘non-followers’ can take that away from you.

Keep going, girl! Lucy At Home is only in its infancy. These things take time.

Being a Mummy is far more important and precious than having a million twitter followers. Being a wife is more far more fulfilling and special than being the top blogger in the world.