The Rocking Motherhood tag was originally started by White Camelias to celebrate the “small but great things mothers do right day after day“.

I’m ashamed to say that I was nominated for this challenge back in January (!) and I’ve only just gotten around to it. I am sooo sorry. But I am really grateful to the two people that have now nominated me: Me, Being Mummy and Rhyming With Wine.

I’ve actually found this really, really, really hard to do. It’s a shame because lots of the other Rocking Motherhood posts I’ve read also said it was really tough – it’s so ingrained in us to put ourselves down and point out our flaws that we find it difficult to talk about the stuff we’re doing well.

But, after much head scratching and staring at a blank screen, here are 10 reasons why I, Lucy, am rocking motherhood…

1. I know tonnes of nursery rhymes

I need to attribute this knowledge to my own mother as she sang with my brothers and I all the time. I always assumed everyone was brought up singing nursery rhymes, but apparently not! From Baa Baa Black Sheep, to Mary, Mary Quite Contrary, to Old King Cole – I know them all!

I even have my own song sack which both my girls (6 & 2) still enjoy playing with. Basically, you take it in turns to pull a toy out of the sack and then sing the nursery rhyme about that thing (e.g. a toy boat means you sing Row, Row, Row Your Boat).

I also sing my kids to sleep when they can’t settle.

I have discovered that baking definitely wins you big mummy points! Afterall, what child wouldn’t want to settle down with a big slice of gooey chocolate cake, straight from the oven?!

I love baking cakes, and decorating cakes, and eating cakes. And my kids do too. And I love that baking is something that we all enjoy doing (hubby included). It can get a little chaotic and I sometimes have to sit on my hands to stop myself from intervening when the kids are making a mess, but it’s all good fun. 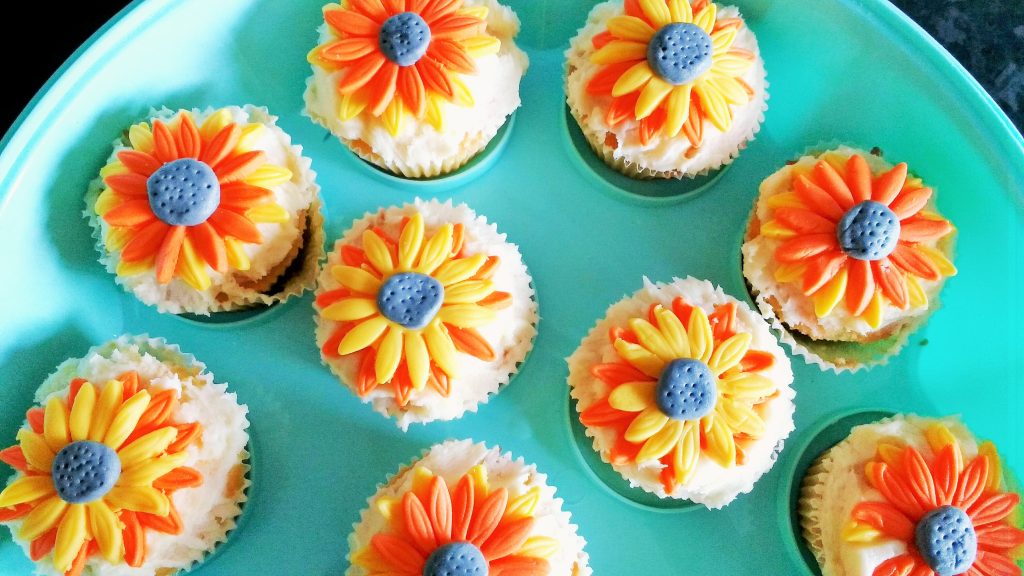 Buns decorated by Charis (2) and I last week

As an extension of my mummy role, I now run the local baby & toddler group. As part of this, I’ve counselled a young mum suffering domestic abuse, sat with a lady through the early stages of labour, and befriended a mum who’d just moved 200 miles away from her family.

I think part of rocking motherhood is helping others who are travelling the motherhood road too.

I’ve always loved listening to people read stories, especially when they do the voices. I’ve now developed quite a range of my own voices that I can use to bring stories to life. My mum now refuses to read to the girls because she says she can’t compete with my superior voice-acting skills! Hahaha.

5. I am putting savings away

As a family, we don’t have masses of money, but my girls have each got a savings account and I’m paying a little bit into it each week. It won’t be a huge sum, but hopefully it will give them a little boost as they start adult life. Sacrifices now, for benefits in the future.

I’m a stay at home mum so I’m always there when my kids need me. I have the time to make costumes for World Book Day and cook nutritious meals from scratch. We can go on impromptu trips whenever we feel like it. I can sit down and do their homework with them.

I also know everything about them – I was there for every one of their “firsts”. I can translate my 2 year old’s words like nobody else because I’m in conversation with her all day. I know what makes them tick, and what frightens them. I know their strengths and their weaknesses.

7. I am an expert on all things Disney

This one again harks back to my own childhood; my grandma used to babysit for us every Friday night and she would often bring us a Disney film (VHS obvs!) from her collection. If we were really well behaved, she’d let us keep the film until the next Friday!

I still love Disney films now and I reckon I know the lyrics to pretty much every Disney song every written! This keeps my kids entertained for hours.

We also spend a lot of time pretending to be the characters (currently my 2yo wants to be Belle from Beauty and the Beast, which means I get the not-so-glamorous role of “The Beast”). 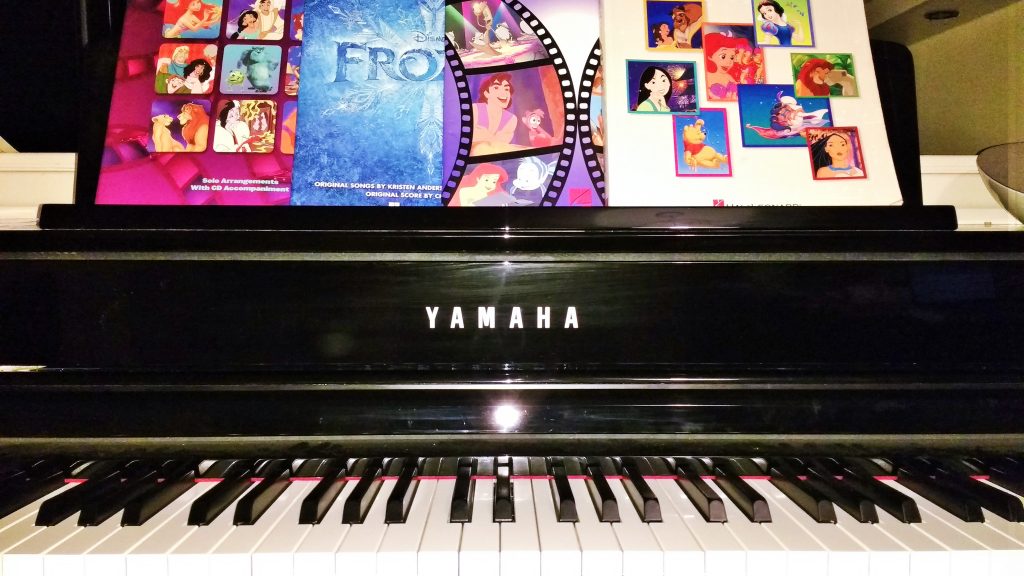 A few of my Disney Songbooks!

I don’t get too worked up if we have a messy house or muddy knees. I think it’s part of growing up and being free to explore. My kids know what is expected of them, and that they have to help tidy up at the end of the day, but I don’t stress about it.

9. I regularly battle for medical care

My daughter has numerous medical issues and we’ve had to do a lot of pushing to get her the help she needs. Instead of my usual quiet nature, I have had to learn to be a lioness and roar until I am heard.

To keep track of all the appointments and developments, I have created an excel spreadsheet where I record everything that is discussed in the appointment and when our next one is due.

10. I love being outside

I feel alive when I’m outside so I try to get us all out for some proper fresh air every day. Sometimes this just means parking further away from school than normal so that we can walk part of the way. Sometimes it means running around playing tig in the playground. I really enjoy playing running around games!

So there we are – 10 reasons why I am rocking motherhood!

And now I get the lovely task of choosing some other bloggers to take part. I am nominating:

Daydreams Of A Mum

This Is Me Now

From Tum to Mum