My husband came home this evening and announced that he was thinking of starting a blog.
“You can’t!” I said. He looked a little taken aback.
“Why not?” He asked with a smile.
I paused. I wasn’t really sure that I wanted to let anyone into my little secret yet, but I couldn’t exactly back out now so…”Because I’ve just started writing one.”

I almost choked on the words as they came out. I was embarrassed. What would he think? More to the point, what did I think? It felt a bit foolish and presumptuous to think that 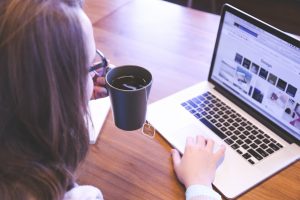 anybody would be interested in little old me. What could I say to the world that hadn’t already been said? And by someone a million times more eloquent than me?!

I studied the cushion of the sofa very hard, not daring to make eye
contact, and then the response came… “That’s brilliant! You should totally go for it!”

It was such a relief! He didn’t think I was delusional or silly. In fact, he thought I was CAPABLE! This little pipedream might just be possible. Wouldn’t it be fantastic do something as me, rather than “Jenny’s mum”…