Are your kids into Yo-Ka Watch? Throughout the half term holiday (Feb 18th -26th 2017), the National Media Museum in Bradford is running a huge Yo-Kai Watch event and we were invited to go! J

What is Yo-Kai Watch?

Yo-kai (Japanese for ‘monsters’) are from another dimension, but they often come to our dimension and cause mischief. This includes things like changing the TV channel you’re watching or making one of your socks disappear. 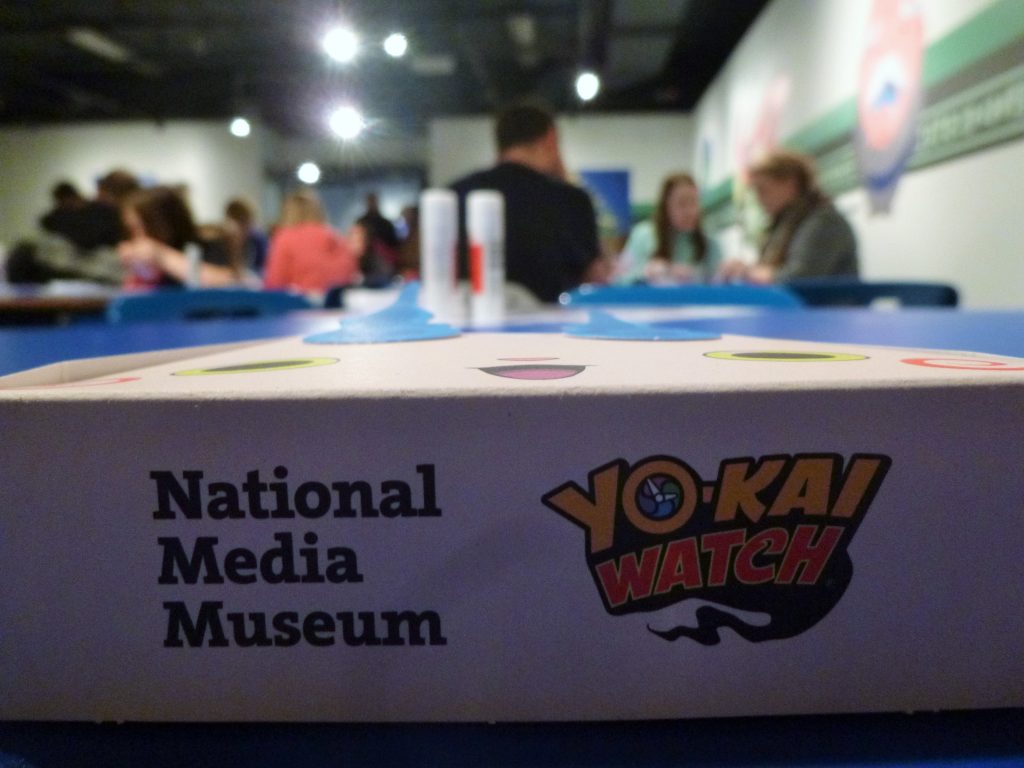 Yo-Kai Watch is a role-playing video game in which you have to search for “Yo-Kai”, and befriend them. But you can only see the Yo-Kai if you have a special watch – the Yo Kai Watch. Once you befriend a Yo-Kai, it will give you a medal, allowing you to summon it later, using the watch.

There is also a cartoon, new episodes of which are shown on Cartoon Network from 1st March 2017 (weekends 7.30am).

We couldn’t believe how much was on offer at the Yo-Kai Watch event at the Media Museum! We were there for 4 hours and we still didn’t get around everything. And, best of all, it’s all FREE!

We started off with a trip to the 300-seater cinema to watch the first 2 episodes of the Yo-Kai Watch cartoon. This was a great idea because it meant event those who weren’t very familiar with the Yo-Kai Watch concept were easily brought up to speed. 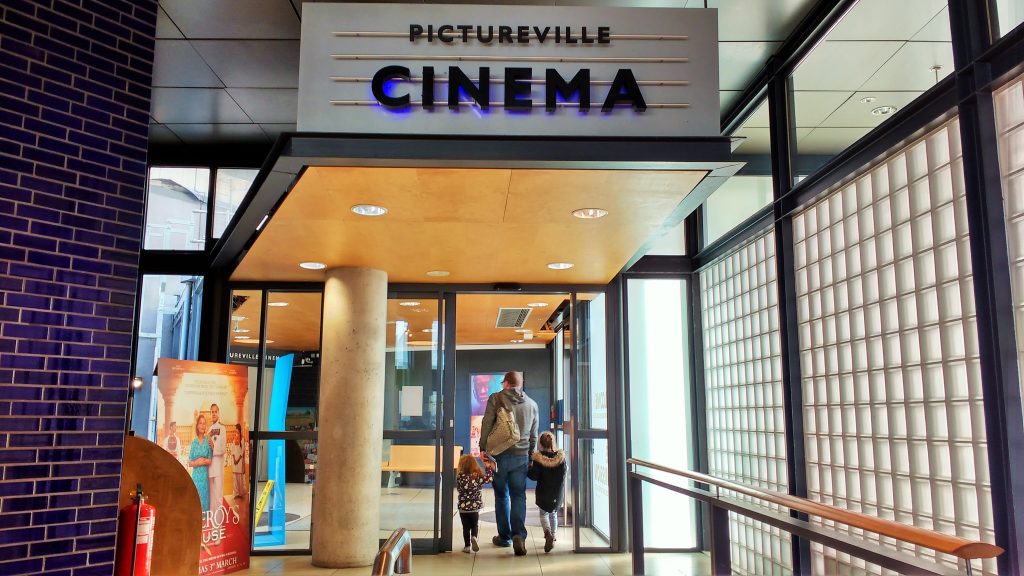 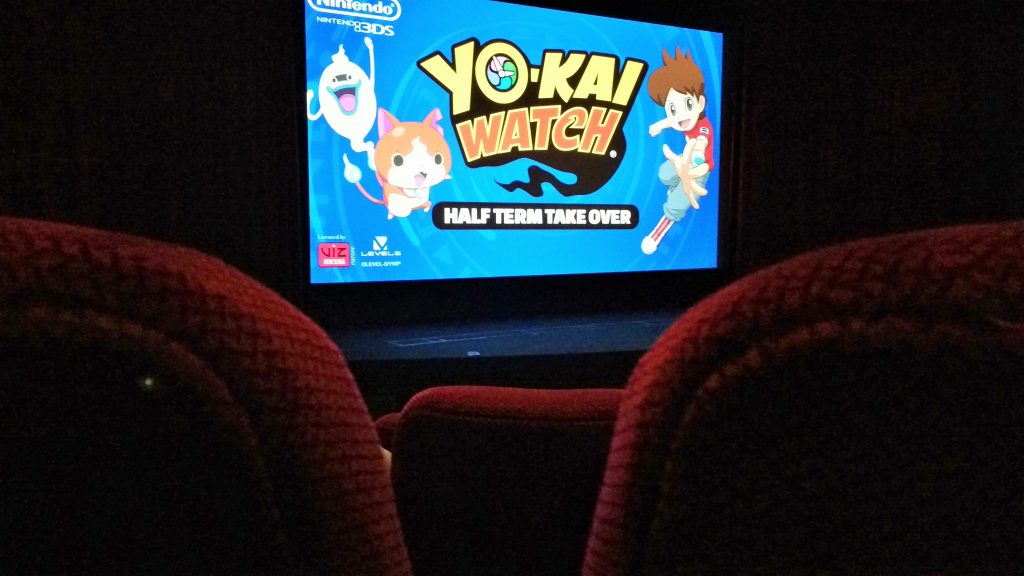 Then we went to do some craft. We chose to make some Yo-Kai heads, but there were lots of other options including making your own working game controller! The Yo-Kai heads were a bit fiddly because we had to use double sided tape which was a little tricky to peel off, but they looked really good once they were made. 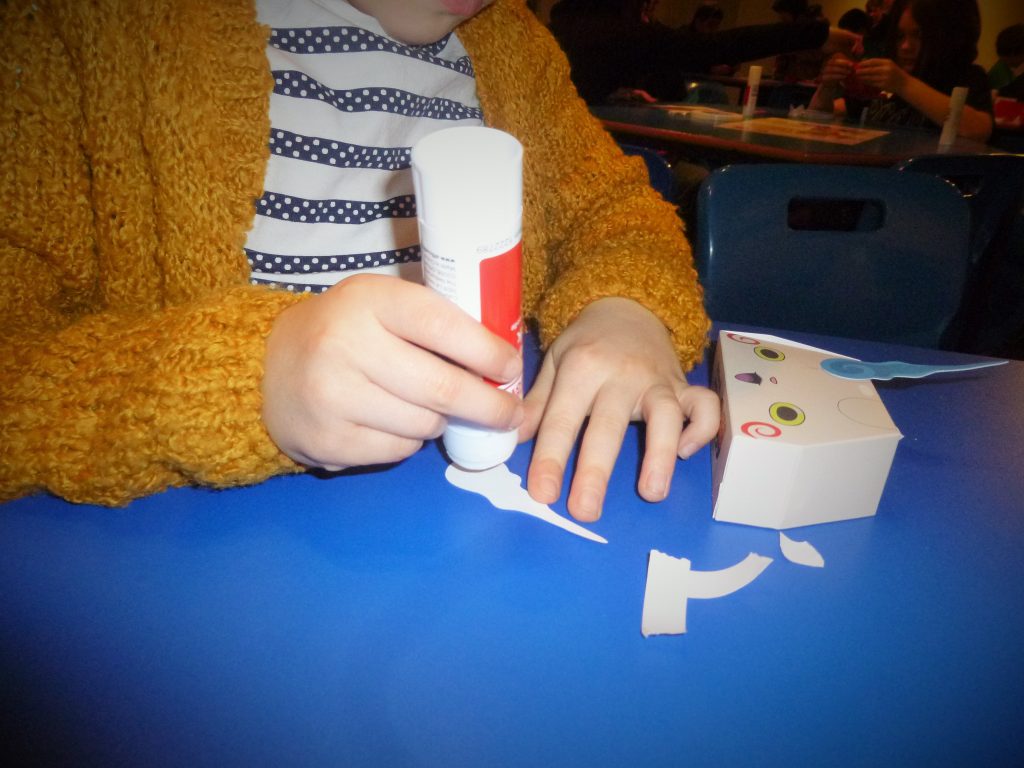 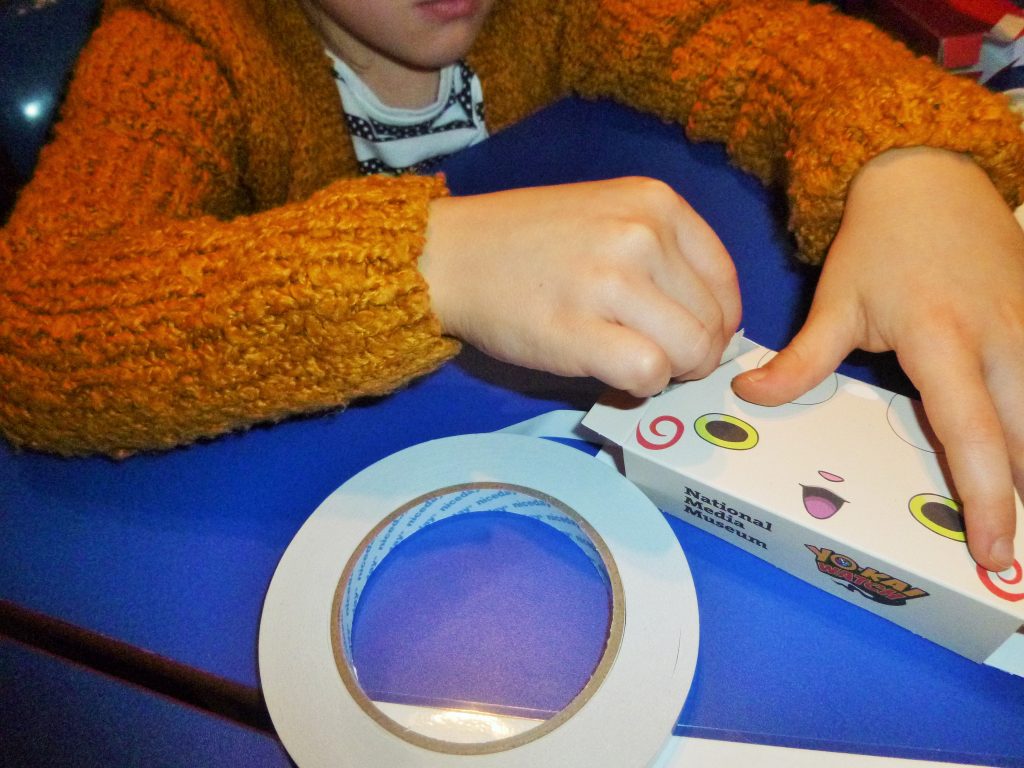 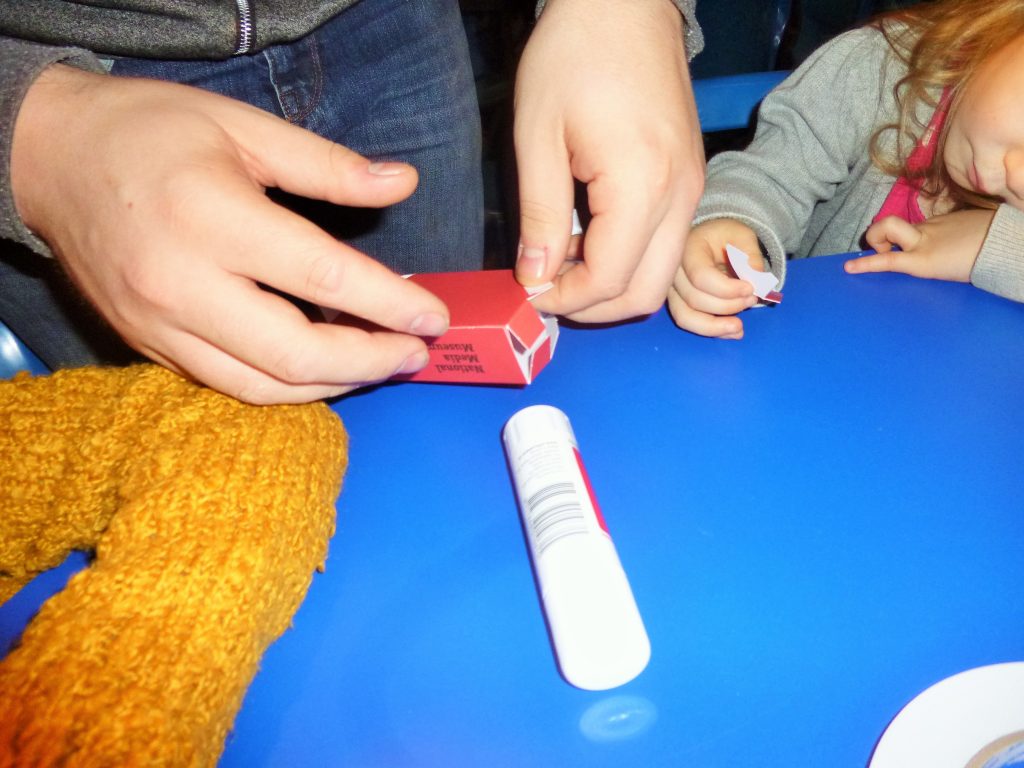 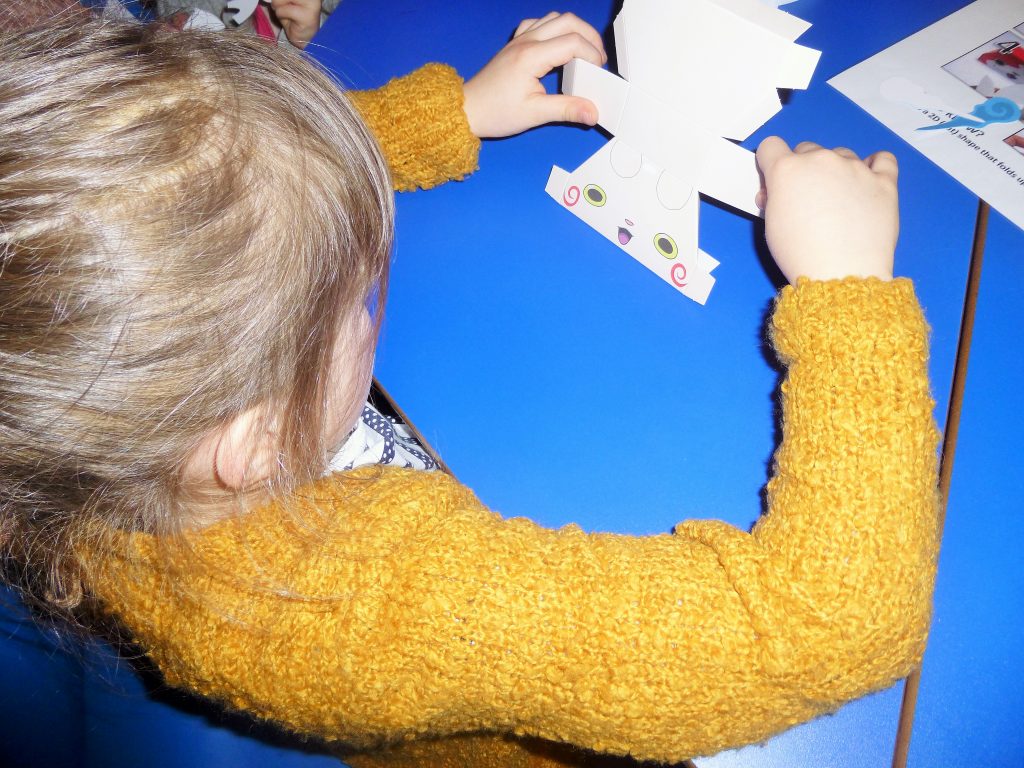 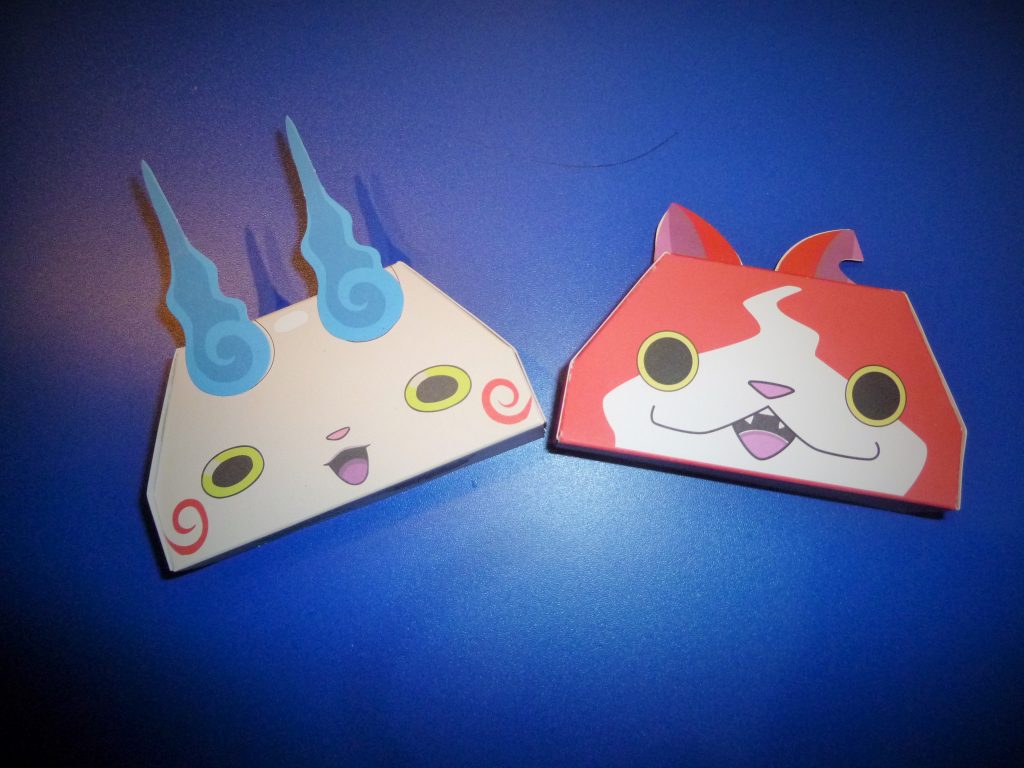 One of the highlights, however, was meeting Jibanyan, the Yo-Kai cat. He was actually really cute and the kids were literally squealing when he made his entrance. We couldn’t get too close as he stayed behind a barrier, but it was easy to see him and get some good photographs. 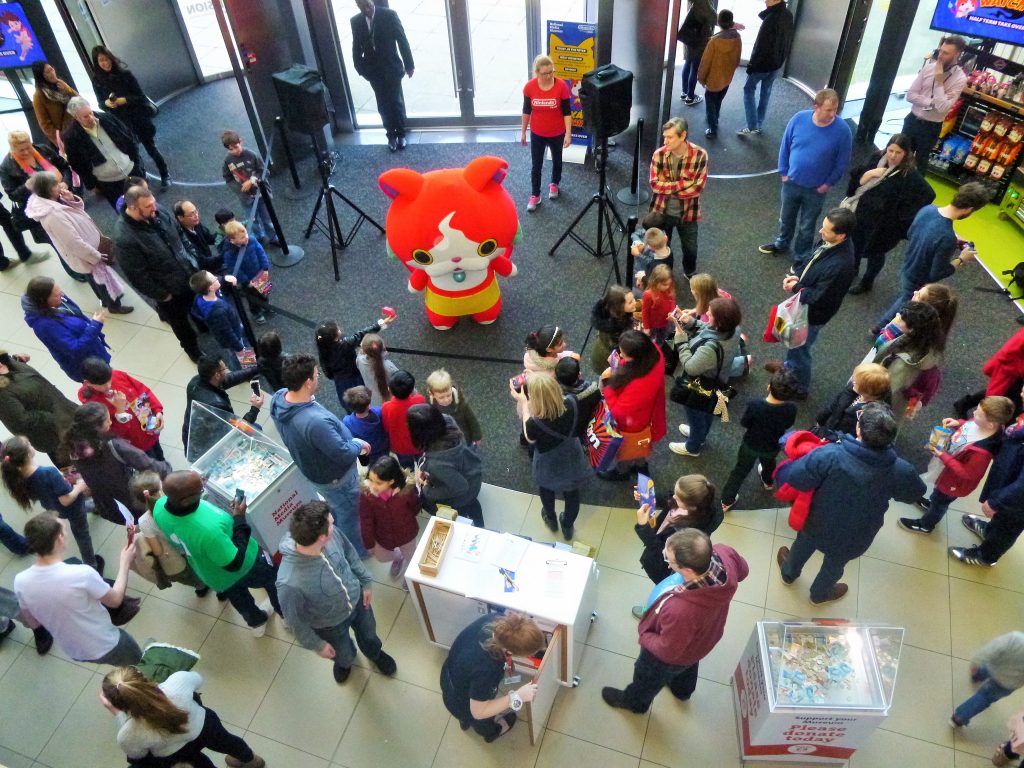 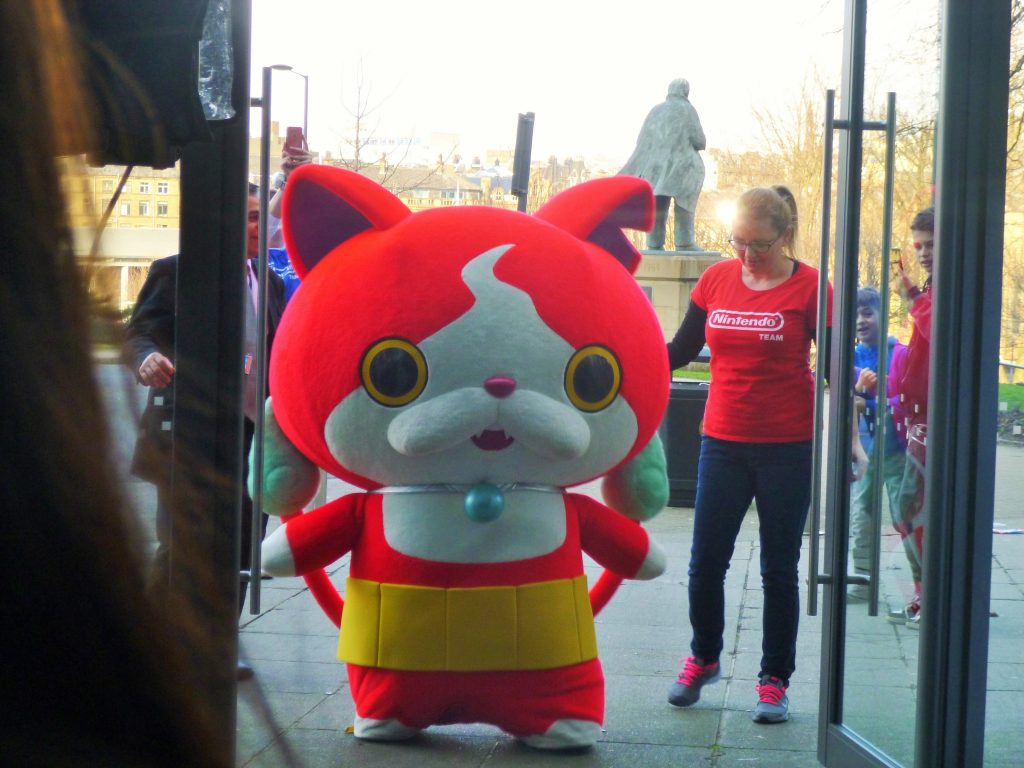 When you arrive, you can pick up a free ticket which gives you 20 minutes in the Nintendo Gaming Zone. This meant there was a console for each child, and we were able to have a go at the Nintendo 3DS Yo-Kai Watch game. We sat down on beanbags to have a play. It was great fun. 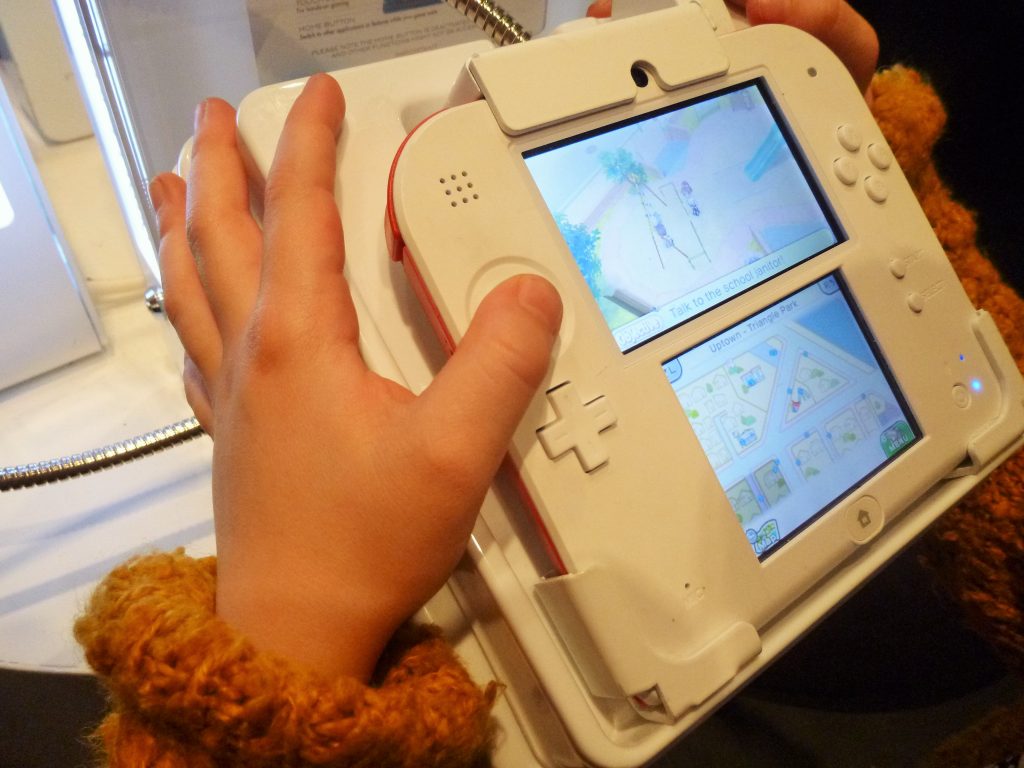 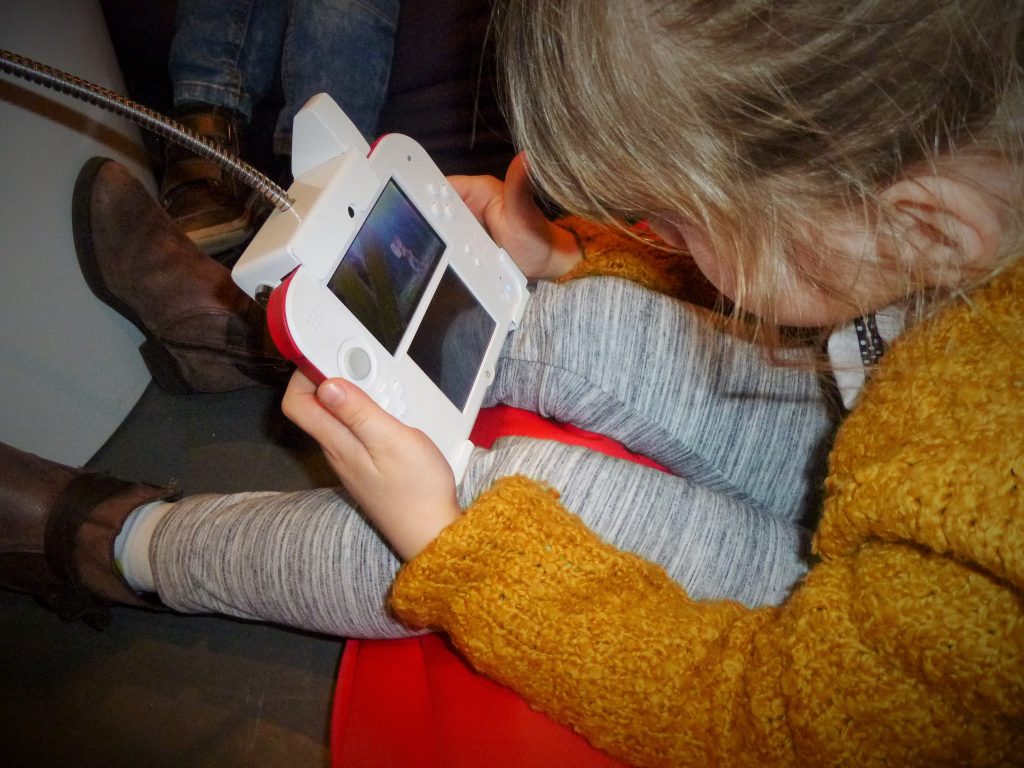 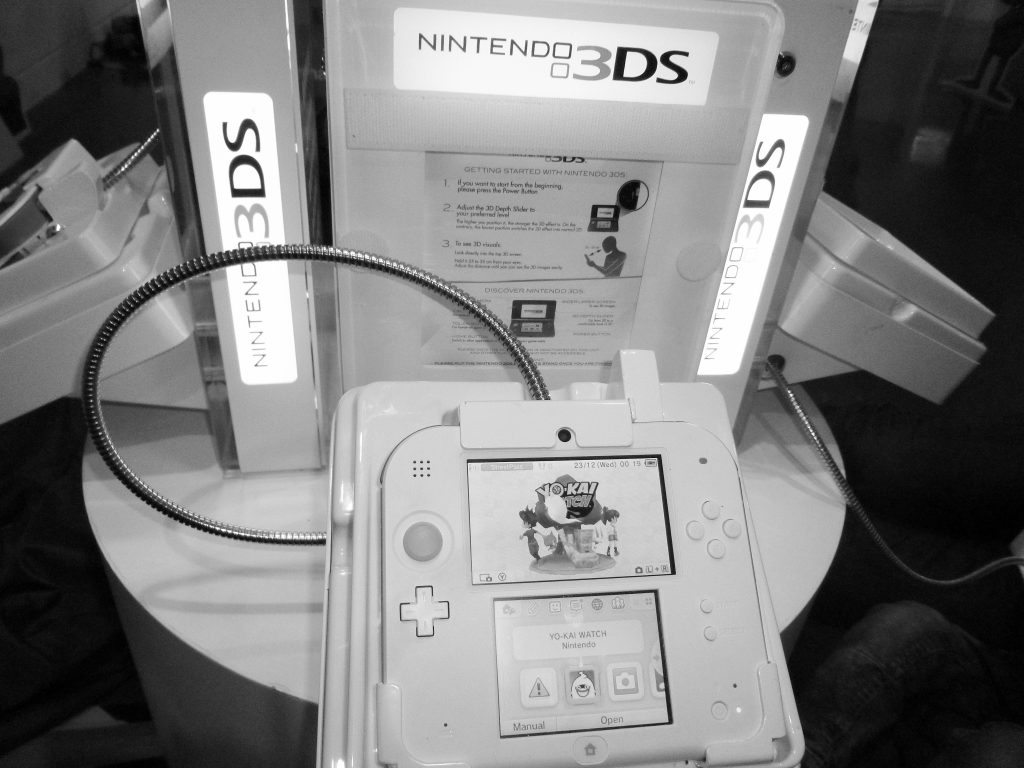 The game involves quite a bit of reading but my 6 year old was definitely getting the hang of it by the end.

The absolute icing on the cake, though, was getting our own Yo-Kai Watch! The National Media Museum have 10,000 watches to give away and all you have to do is complete the trail around the museum. Our girls were so excited to win their watches and have been wearing them ever since. 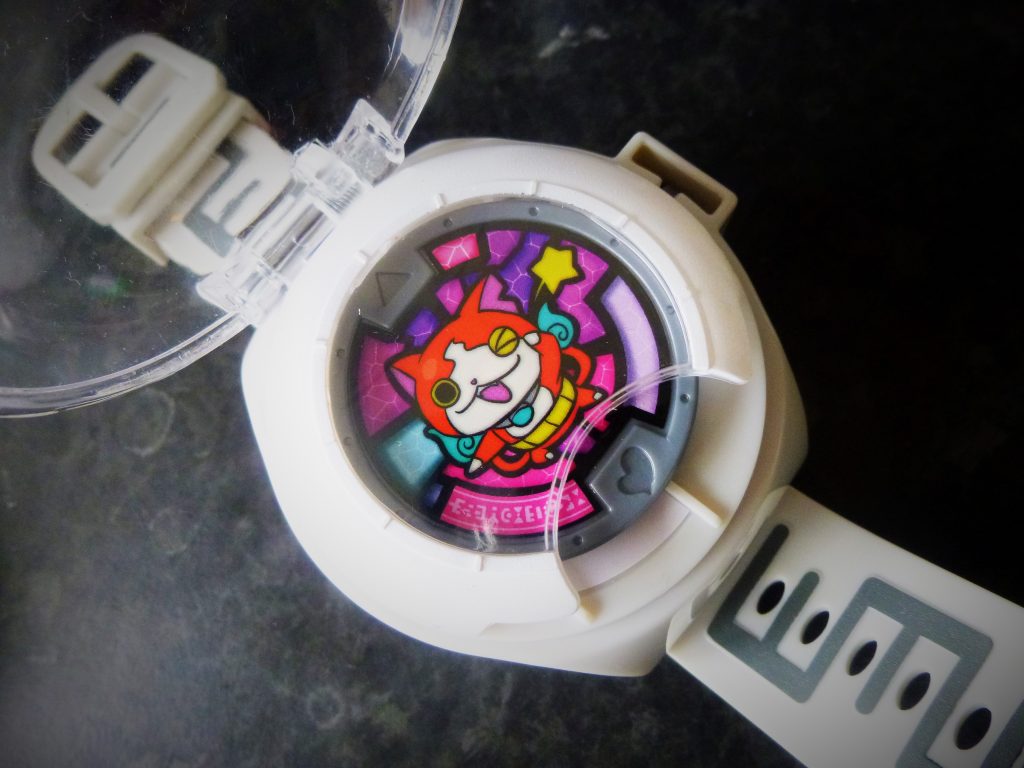 The watches come with a couple of Yo-Kai medals, and you can buy more for £3 per pack. Each medal makes the watch play different noises. 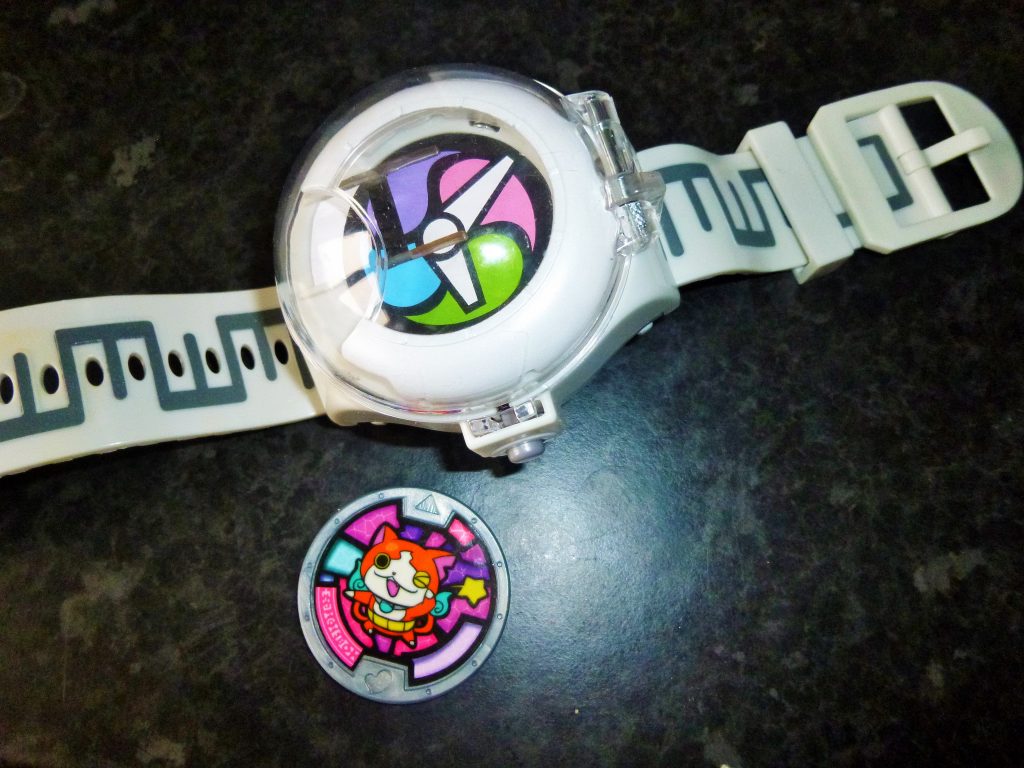 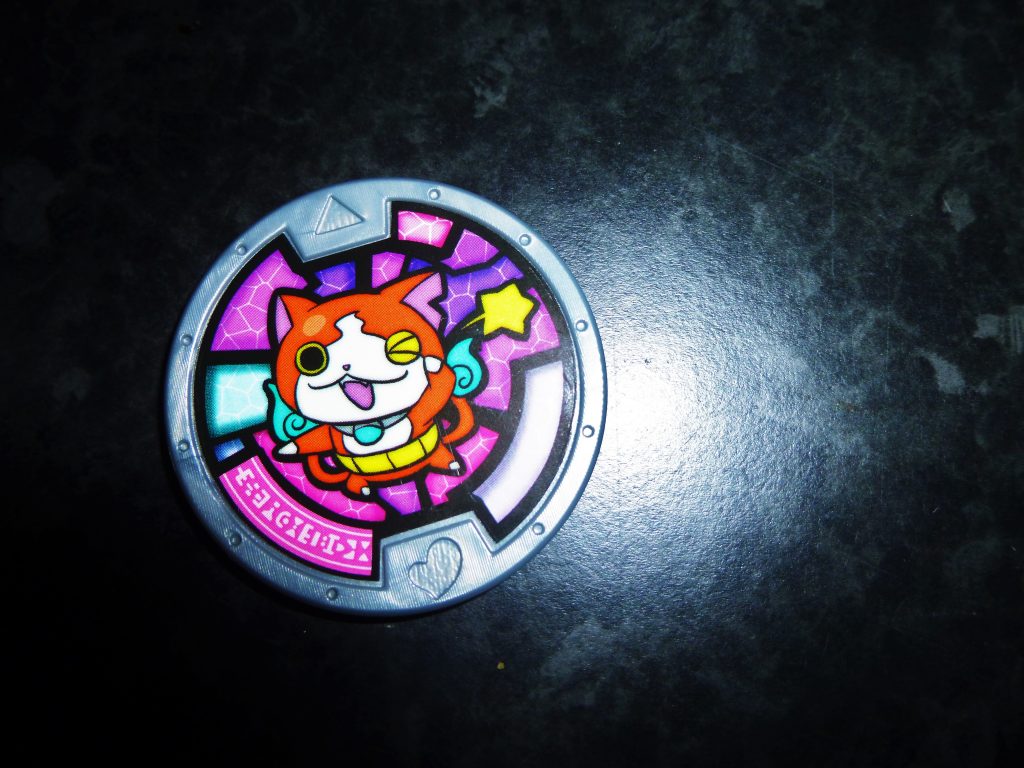 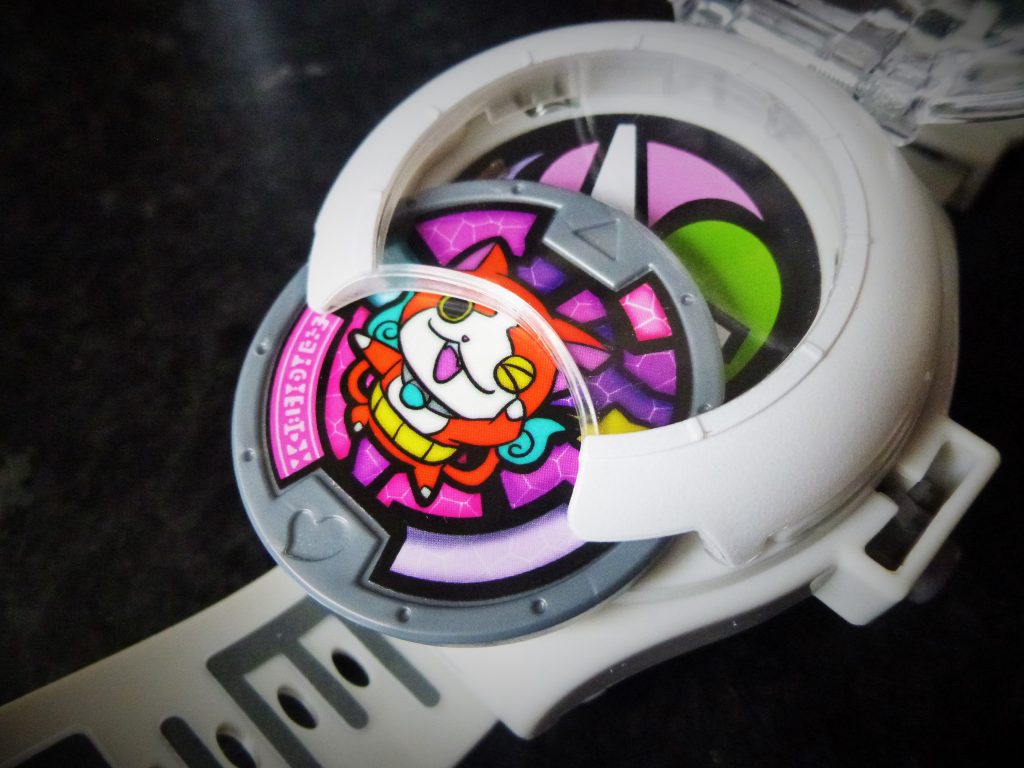 It has been a fab event! We couldn’t believe there was so much on offer, and that it was all free! It was a great way to kick off the holidays and we hope lots of other people get the chance to go down too.

Please note: This is a commissioned post. All opinions are my own. For more info, please see my Disclosure Policy.