Have you ever been the victim of ‘Premature Announcement Disclosure’ or P.A.D. ? It’s a phrase I’ve just invented to describe that infuriating moment when someone else BLABS your big news!

You know the feeling when you’ve been ACHING to get to that coffee date with your mates so you can finally tell them about your new job, or show them your new hair, or even whisper those magical words, “I’m pregnant”?…. But then you arrive, and someone’s already told them. THAT’S Premature Announcement Disclosure.

I have one friend in particular who prides herself on being the first to know everything, and then divulging it to everyone else.

It’s understandable, really – when people hear a really interesting bit of news for the first time, their reactions are brilliant to watch. There’s shock or excitement or envy or anger. It invokes a response, often a strong one. The storyteller feels pleased with themselves for sparking their interest and for enlightening them with some new information. The hearers are appreciative of the report and ask questions, making the informant look even more knowledgeable and further boosting their self-esteem. Who wouldn’t want that?! 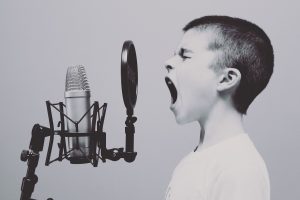 I must confess that I can’t help but type this post with a degree of anger and sorrow about a particularly difficult time when this happened to me. But more on that later…

Of course, I’m sure history is littered with those annoying ‘Tell-Tales’; the ones who just couldn’t bite their tongue and HAD to pass on the gossip. But the rise of Facebook has led to a Premature Announcement Disclosure Epidemic!

There are plenty of competent Facebook-ers in the older generations, but there are also plenty who just haven’t grasped the concept of ‘public’ and ‘private’. This is my only explanation for the startling number of seemingly well-meaning people who post on a new mummy’s wall something along the lines of, “Congratulations on the birth of John Mark. I hope you are both doing well.” WHEN IT HASN’T BEEN ANNOUNCED YET!!!!! Arrrgh! It is one of my pet hates!

Don’t they realise that they’ve just told the ENTIRE WORLD that the baby has been born, when the poor mother is still sucking on her gas and air and hasn’t managed to inform Great Aunty Rita yet?!

Announcing your baby is one of the biggest celebrations in life, and when someone snatches it away from you, it can be heartbreaking! Especially when you are already feeling emotional and vulnerable from giving birth in the first place!

So I guess you’re wondering what my story is. Well, I guess so far, I’ve written this post with a fair splash of fury, but to be honest, that’s to cover up the deep pain that I still feel from the day that MY announcement was stolen by somebody else.

I had my baby late on Tuesday Night. Things had gone well and by 6am the next morning, I was home. We told all our friends and family (and yes we managed to post it on Facebook before anyone else gave the game away!) and things were going well.

However, in the early hours of Sunday morning, there were complications and I was suddenly rushed back into hospital. It was a terrifying experience as doctors discussed over my hospital bed whether I should be sent for surgery immediately or whether it would be better to see how I progressed. In the end, they chose the latter and we returned home at about lunchtime. We were tired. We were shaken. We were emotional.

My friend saw us park up in the drive and came over. I couldn’t speak to her as I hobbled into the house, but, when I finally settled myself on the settee, I realised my baby hadn’t come in with my husband. What had actually happened was this:

My friend had whisked her away to our church building which is just down the street to show her to everyone at morning church!

At this point, only very close family had been introduced to our new bundle of joy. Now all my church friends had seen her, and I hadn’t been there to experience it.

I had been relishing visiting people, to ‘show her off’. I had been looking forward to them cooing over her and pronouncing how much she looks like me. Isn’t that what all new parents want to do? I had spent nine hard months growing this baby, and now I wanted to display the fruit of my labour (pun definitely intended!).

It’s not even like I had work colleagues to visit and have a second shot at it all because I was already a Stay At Home Mummy, so a large majority of my friends were in that building.

I know I’m too sentimental. I always have been. But I feel cheated. She was mine. My precious daughter. I should have been able to choose when to share her with the world. For those few days, she just belonged to us, to our family. And that was cut short.

So please, please, PLEASE, don’t be that person – I know it’s hard but keeping the secret is really important. I know you might feel excited and want to pass on the news but it’s really not yours to pass on. Let’s all agree now to put an end to Premature Announcement Disclosure once and for all, and let each of us HAVE OUR DAY when it is rightfully ours!