Do you post photos of your kids online? Do they feature on your social media? Do they appear on your blog?

I was a student when Facebook first appeared and I shared everything! When my daughter was born a few years later, I loved posting little updates about her and sharing cute photographs.

Now I don’t post anything about my kids. I’ve gone from one extreme to the other and I don’t know what to do anymore…

I’m not sure when I got so nervous about posting photos online, but somewhere along the way, it spooked me.

I have culled my friends list countless times to make sure I’m only being watched by people I’m happy with. I’ve stopped referring to my children by name. I’ve put a full-on photograph lockdown on my friends and family.

I’m scared that the photos will get into the wrong hands. I hate the thought that I don’t have control over who sees them. Once you click publish, you lose your power to guard them.

What if “they” work out which school my kids go to? Or what swimming class they’re in? Or where we go to church? I’m always posting about family trips and school activities. It wouldn’t be hard to work it out, I mean I “like” the school Facebook page – isn’t that a bit of a giveaway??!

In fact, that’s what has sparked off this whole debate – my daughter has been part of a project at school and the local newspaper came in to photograph the children. We are the only parents who haven’t given consent for the photograph.

Or at least we were the only parents.

Jenny came from home from school screeching that she was going to famous! That’s the first I heard about it. For the entire rest of the evening, she insisted we refer to her as “famous Jenny” (!)

But I knew the school would realise their error.

I knew that sitting in some dusty school drawer was a form we had filled in at the start of her school career which stated we did not give permission for any photographs to be published ANYWHERE.

What could I do? I felt dreadful.

So the next morning, I dropped Jenny off and walked sheepishly to the school office to change my permissions.

I’ve given in to peer pressure.

I have a strict ban on posting photos online, and yet I’ve just given permission for my child’s photograph to appear in the newspaper… and possibly on the newspaper website… in her school uniform… including her name. 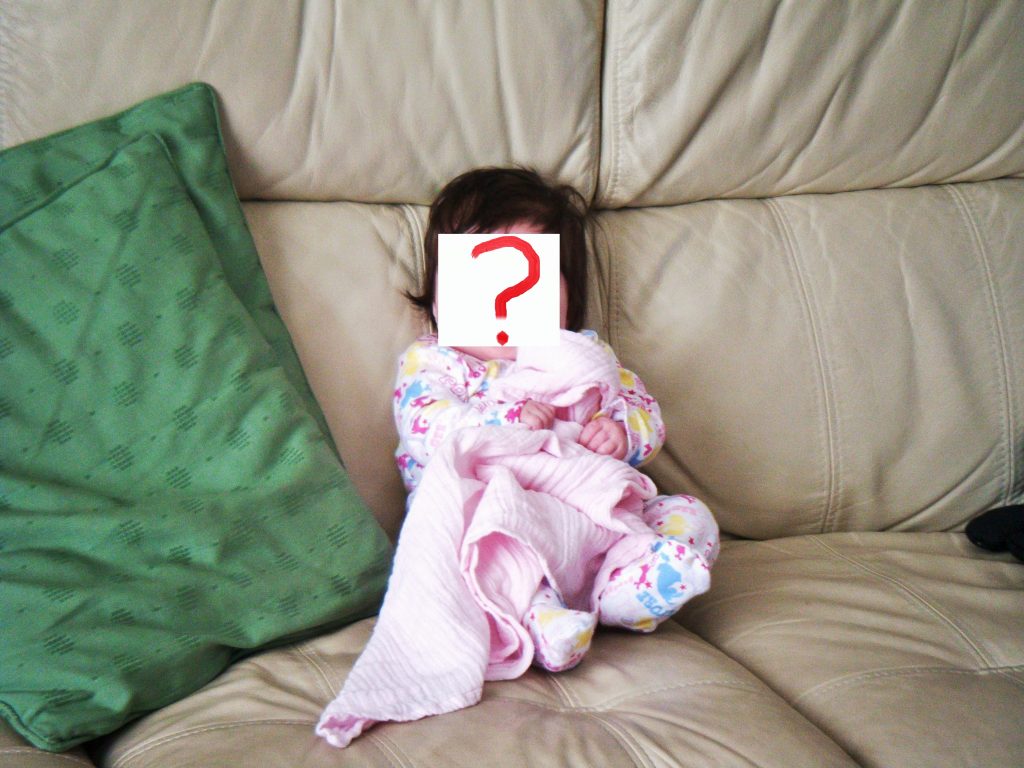 But then, is this really anything to worry about? I reckon 95% of parents post photos of their kids online. All the other parents seem to be happy for their kids to be on the school website. Am I just overreacting?

What is it that I’m expecting to happen?

There are literally millions of photographs on the internet – what is the chance of anyone sinister getting hold of one of mine?! Who would be interested in a little pic of Jenny eating a picnic or riding her bike?!

And we’ve already established that anyone could work out which school we’re at already, even without photographs, so that argument is irrelevant too.

But my gut reaction is still plaguing me. And I’m a big believer in trusting your gut instinct.

I run a baby & toddler group and I am the admin of the group’s Facebook page. I have had to ban a number of men from the page because, when I’ve explored their profiles, they are from far-flung countries, with no connection to the group, and are following dozens of childrens’ Facebook groups.

They’re clearly just waiting for us to post photographs of the children we work with.

I wonder – are the school as vigilant with their Facebook followers as I am? Does it even matter anyway? What am I expecting to happen?

The BBC recently posted this online video about how to share photos of your children safely. It seems to completely condemn the actions I’ve just taken. I should have stuck to my guns. I shouldn’t have given in to peer pressure…

Aaargh! I’m tying myself in knots again! Any words of advice/comfort for this mama in turmoil?